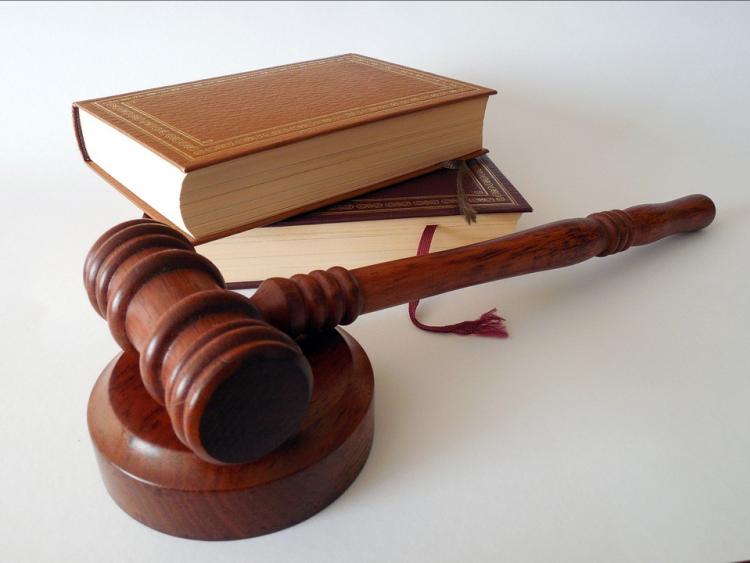 A man who appeared before Judge Seamus Hughes at last week's sitting of Longford District Court has been fined €250 for threatening behaviour and €500 for possession of a baton.

Andrew Monaghan, Park Road, Longford, was arguing with his girlfriend in the street after a night out when Gardaí were called to the scene.

Sergeant Gary Loughrey for the state said that gardaí received reports of a man hitting a female and, when they arrived at the scene, found the accused holding an extendable baton over his head.

“Gardaí approached and he didn’t lower the baton. He had to be pepper sprayed. He was very intoxicated,” Sgt Loughrey explained.

“He continued to hold the baton up. He was arrested and brought to Longford Garda Station.

“He continued to be aggressive and threatened gardaí that he would ‘get them’.”

Two couples witnessed the incident at 3am, Sgt Loughrey added. Mr Monaghan was out with his girlfriend and a friend from Dublin in Blazers, Longford and he had “a good few drinks in him”.

“He has no recollection of the night,” said Sgt Loughrey.

“His girlfriend said he went berserk for no reason. He took his jacket off and threw it in the bin. She went to get it and then he hit her.

“A couple witnessed it and took issue with him over it. An argument ensued and he went into the house and came out with the baton.”

At this point of the evidence, Judge Seamus Hughes addressed the defendent: “So you left the scene, searched for the baton and came back? That suggests to me that you had recollection.”

“It must be right, because that's what the garda says,” Mr Monaghan replied.

“I have the baton for 20 years. It was a gift from when I was doing door work in Dublin. It was given to me as a novelty gift because I never had one.”

Defending solicitor Frank Gearty stressed to the court that Mr Monaghan didn't actually hit anyone with the baton.

“When gardaí arrived he wasn’t hitting anyone with it,” he said.

“He and his girlfriend had an argument in town and they were still arguing on their way home. He has two children and is working full time as a service engineer. He doesn’t go out much.”