Spirit Longford: so much more than casual clothes

Kevin Forde caught up with one of the founders of Spirit, Peter Dolan, to find out more 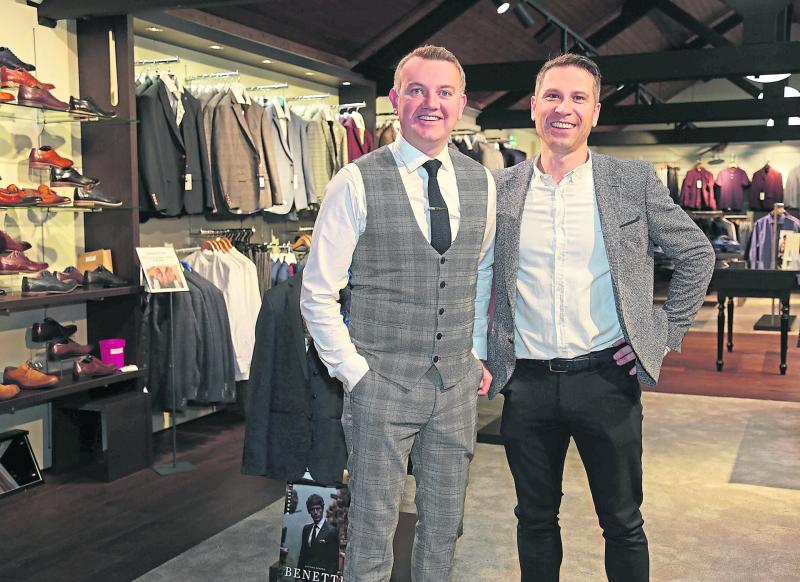 After first opening their doors in 1997 as a casual clothes retailer, Spirit have since branched out and now offer almost every type of men’s clothing on the market.

For Peter Dolan, one of the founders of Spirit, it wasn't a spare of the moment decision to jump into the industry.

Peter Dolan remarked, “I was always interested in fashion.

“I was always going around looking at clothes and my older brother Emmett was always into clothes as well.

“There used to be a lot of fights in the house, over us robbing all of his stuff/clothes,” he joked.

The decision to make the leap into the fashion industry, was one made by Joe and Peter over a pint, while they decided how they were going to make a mark on the world of business.

Peter explained, “I was in business myself, running the mini-market down on the Ballinalee road, and Joe was buying and selling insurance.

“We just said what are we going to do. We had no ideas how we were going to make it big.

“The name Spirit came off a beer mat, but it wasn’t about the alcohol connections, it was just about the spirit of clothes and the spirit the two of us had as entrepreneurs to go do something and make something of ourselves.”

Such has been the success of the clothing chain since their official opening 22 years ago, they became one of the first stockists of Jack & Jones produce in the country. This marked a major milestone for the company and enabled them to diversify further in the years following.

Peter told the Leader, “I remember seeing the head of Jack & Jones Ireland at a trade fair.

“He must have taken pity on us or something,” Peter joked.

“That was kind of the start of it all. For us, it was one of the first big brands we got into.

“It was originally very hard to get into the business, but after that things just started to fall into place.”

Whether you are in the market for a new suit, a pair of new shoes or even a pair of boxers, Spirit can reclothe you from top to bottom.

“There are just too many to name them all out,” Peter said.

To find out more about what they have to offer, take a trip to their new store on Main Street, Longford town.

Spirit Clothing are open Monday-Saturday from 10-6pm, though stay open until 7pm on Friday's. On Sunday, they open from 1:30pm to 5:30pm.