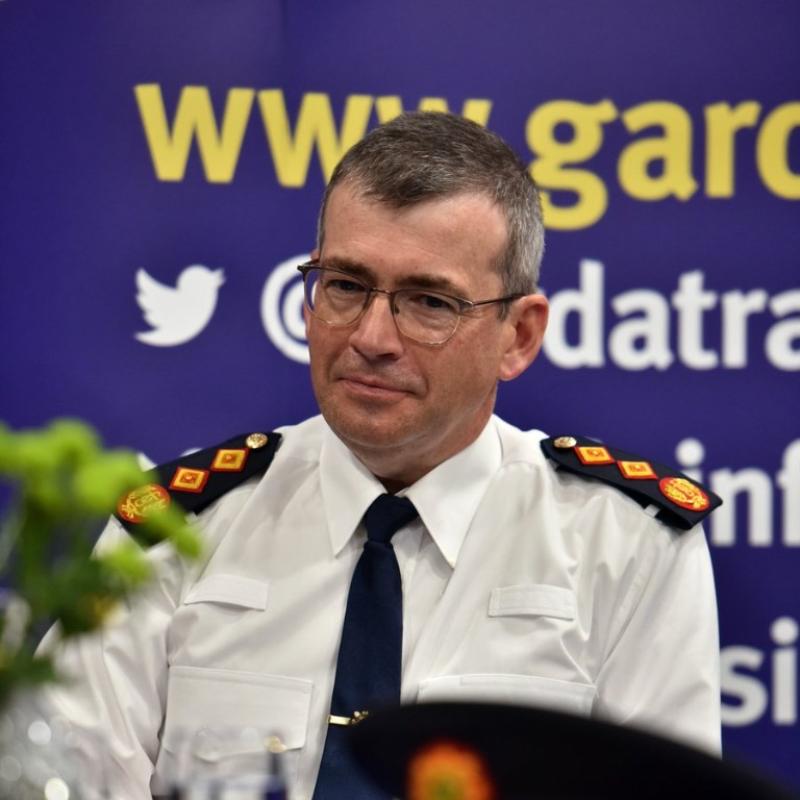 Cllr Seamus Butler, at the monthly meeting of Longford County Council, tabled a notice of motion calling on Garda Commissioner Drew Harris to ensure that sufficient resources and personnel are deployed to curb increased crime in Longford.

Although Cllr Butler noted that it was encouraging to hear that the funds were set out in the budget for the training of a further 700 new garda recruits, he insisted Longford needs action now.

He said, "It is encouraging in the budget that they hope to have funding for another 700 guards to be trained in Templemore, but we need these resources now.

“We have an ongoing situation in Longford

"The local gardai are doing their best but several of them have been injured in the course of their work in the last number of months.”

Cllr Butler said he would ‘be damned’ if the criminals will define Longford’s image, before calling on the council to support his motion.

"I don’t believe they should define what Longford is and the image of Longford. How dare they.”

Cllr Butler then suggested that commissioner Harris be invited down to the next JPC meeting to hear the extent of Longford’s worries, but warned that until perpetrators are put ‘where they should be, which is behind bars for as long as possible, with their assets taken away’, the problems would continue.

"If given sufficient resources we can overcome this and the message will go out that this sort of criminal behaviour is not acceptable in Longford under any circumstances, now or in the future," he reiterated.

Cllr Butler's calls were unanimously agreed with by fellow councillors.

Cllr Peggy Nolan stated, "It is imperative that Longford gets special treatment with regards numbers and garda resources.

"It is not good enough for men and women going into do their daily work and be under a threat of violence.”

Councillor Nolan added, "It is having a very negative effect on business.”

She then called for Longford businesses to receive support in the shape of increased garda presence on the streets.

In agreement Cllr Martin Monaghan said, "As a businessman, I concur with everything that has been said here.”

He then warned of an increased number of people begging on the streets in the mornings, targeting students and people going to work.

"They are being targeted at that time of the morning, specifically because there is a lack of gardai on the street.”

Cllr Ger Farrell said it is imperative that Longford gets special support and extra attention in light of increased instances of crime.

Although he noted he supported businesses in the town as much as possible, he admitted that "sometimes it's not a nice place to be,'' referencing a friend of his who was recently attacked and mugged while innocently walking across the street.

"These are just some of the things that need to be curtailed." he said, before noting that, "Criminal activity is filtering out to other parts of the county.”

He warned, "We need to keep our finger on the pulse with this one and try and clean things up.”

Cllr Gerry Warnock, told the chamber that he feels the law is protecting these criminals.

"The simple fact is that the law is protecting these thugs. Gardaí out there not being protected as they should be under the law.

"This is a larger issue than just having a physical presence, although that would be very, very welcome.

"Gardaí as a police force need to be empowered. The general guard on the beat should not be in fear,” he added.

Cllr Warnock said legal professionals were also partially to blame and slammed lenient sentences being handed down to criminals.

"There are too many people within the legal profession, both barristers and solicitors, earning too much for this system to change and will is not there at national level for this to change.

"The policing service, Legal system needs to be modernised. We are not living in the 50s or 60s now.

"There needs to be laws to deal with modern criminality.”

Cllr Colm Murray supported earlier calls to extend an invite to the next joint policing committee meeting to the garda commissioner, however, he refuted claims that Longford would be losing any superintendents or subject to divisional changes.

“We are not in danger of losing any superintendent,” he stated.

To which Cllr Joe Flaherty responded, “We’ll wait and see when it happens, how it happens.”

“In the proposed set-up it is highly unlikely we will have two supers.”