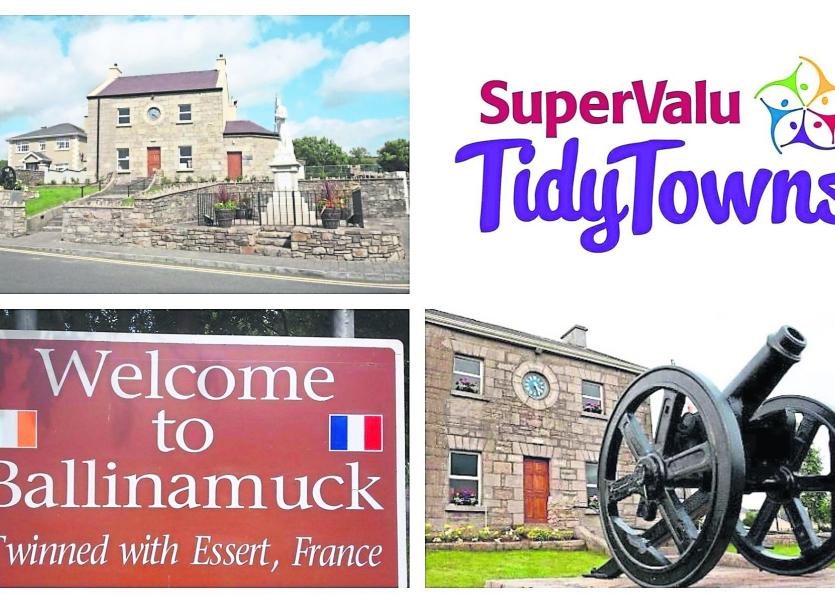 Ballinamuck were one of seven areas omitted from judging

Local councillor Paraic Brady expressed his deep disappointment for the tidy towns team in Ballinamuck, after a technical glitch in the Department of Rural and Community Development's email system led to them and six other areas being left out of judging.

The other areas omitted were Bray, Greystones, Glenrow, Ballyorgan, Mountrath and Knockcroghery, with their omission only noticed upon the release of the official Tidy Towns results.

Cllr Brady stated, “To say that they (tidy towns committee) are disappointed is an understatement.

“It is hard to believe that a village of such a stature and historical nature, and that has done so much in the last 4-7 years, would be left out.

“How can you forget seven places. It is a disgrace,” he fumed.

The Drumlish councillor says anyone who has been to Ballinamuck will know all to well of the trojan effort they put in.

He said, “I think anyone that has passed through Ballinamuck will see that they have put in a huge amount of work down there and they are a great working committee, as all of the local groups are down there.

“I certainly feel very disappointed for them that they haven’t been recognised this year in the Tidy Towns awards.

“I do feel that they have put in a lot of work and I would be hoping that some of the departments out there will compensate the seven places that haven’t been judged on this occasion.”

Cllr Brady then reiterated his calls for each area to receive compensation for the omission and said it would be unfair to judge the seven areas as we come into winter.

“I do think that they certainly need to be compensated with €2,000 minimum for the endeavour awards,” he told the Leader.

“There is no point in judging them now. We are coming into the winter season, leaves are on the ground, there are no flowers in bloom. Every place is wet and dreary and miserable looking.

“You can’t compare a village that is in full bloom with flowers to one now. I don’t think it is fair that they come back and judge them now for the sake of judging them.

“I think they should leave the judging for this year and make a small donation to the seven areas in question and make sure this doesn’t happen again.”

Cllr Joe Flaherty also expressed his disappointment at the omissions and suggested at a recent county council meeting that they write to the department.

He stated, “I think as a local authority, we should write to the department expressing our dismay at what happened to Ballinamuck.

“And at the very minimum, insist on a formal apology and a minimum category prize of €2,000.

“Having been through Ballinamuck in the last number of months I certainly thought it had come on leaps and bounds and certainly would have been in contention for an award this year,” Cllr Flaherty concluded.