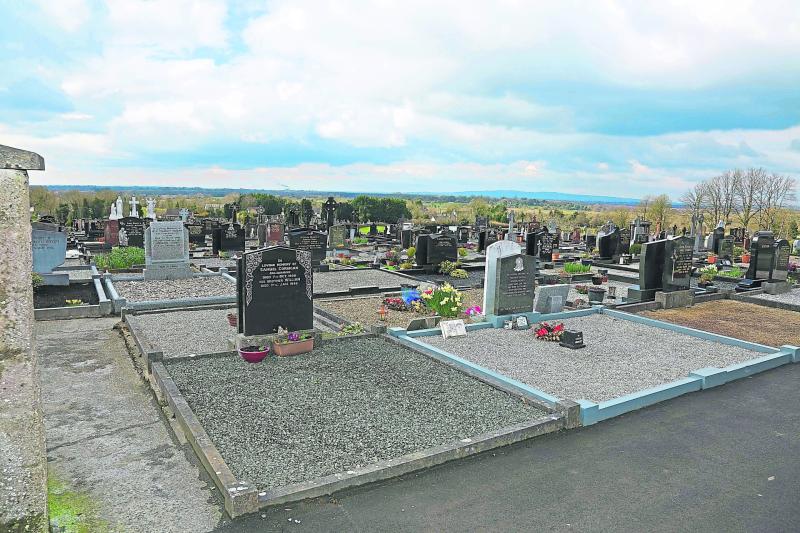 The publication of an online video appearing to show a number of men with firearms at Ballymacormack Cemetery has been condemned.

The emergence of a feud related online video of a number of individuals appearing to goad opposing gang members into a gunfight at Ballymacormack Cemetery has come in for stinging criticism from local politicians.

A number of elected representatives took aim at how feuding parties had chosen the “hallowed grounds” of the Longford burial grounds to incite a reawakening in hostilities between a rivalling faction.

Independent Cllr Gerry Warnock said the entire episode had “eaten him to my very core”.

He said by now the “home movie” which the entire county and country had seen after its contents were circulated across various social media platforms had left more than a sour taste in the mouth.
And, in a bid to deter any similar incidents from occurring in the future, Cllr Warnock called for CCTV cameras to be installed at the cemetery.

“It is (Ballymacormack Cemetery) a very special place for us all which is the final resting place of many of our friends and family members,” he said.

“But it eats me to the core to have seen the type of behaviour that we all seen last week on such hallowed ground.

“I am a townie until I die and it kills me as an elected representative and a proud citizen of this town to have witnessed what went on there.”

Cllr Warnock said the addition of an additional camera, whatever about privacy and data protection protocols would send out the strongest possible message to what he described as “nefarious individuals” to desist from such behaviour.

He was supported in his calls by Fine Gael’s Peggy Nolan who called for Longford to be deemed as a “special case” when it came to the provision of CCTV funding.

She said the expectation on government bosses for councils like Longford to bankroll any future upgrades themselves was more than disconcerting.

In an effort to exemplify her plea, Cllr Nolan singled out the financial commitments made by local businessman Peter Dolan and Joe Flynn of Spirit Clothing as they press ahead to relocate their headquarters from Dublin Street to the former Dunnes Stores premises in Longford town.

“Here are two young men with families and it’s incumbent on us as elected representatives to stand up and fight for them,” she added.