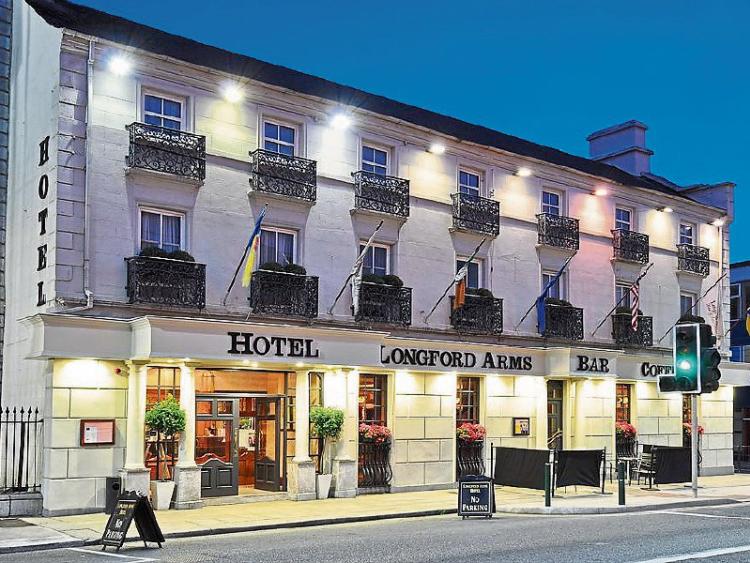 The organisers have released details of the award winners in the eagerly awaited Longford People of the Year Awards.

The various award winners will be honoured at a gala dinner dance on Friday, October 11 in the Longford Arms Hotel. And on the night the overall winner of this year's Longford Person of the Year Award will be announced.

The annual awards are an important fundraiser for the Midlands Simon Community, which works with the homeless and the awards are once again generously sponsored by Kiernan Structural Steel.

The awards are a celebration of the many positive aspects of life in Co Longford and not surprisingly sporting endeavour features strongly.

The All Ireland winning Longford ladies U-16 and minor teams are the recipients of this year's young person of the year award.

It was inevitable that the mighty Mullinalaghta would feature and they will be represented on the night by club chairperson, John Keegan, who was one of the key instigators in their success.

After a very successful Longford marathon and a historic first ever success for Longford in both the men's and women's race, it is good to see Barry Sheil and Niamh Kiernan respectively, honoured on the night.

Having celebrated fifty years in the Templemichael parish this year and in recognition of his role in the Cathedral restoration there is a deserved award for Bishop Emeritus, Colm O’Reilly.

Drumlish will be represented by Mary Gillooly, who is involved in so much locally and annually runs an open garden event at her home, which has raised much for deserving charities and organisations over the years.

Also to receive an award for his fundraising and community endeavours is well known Ballymahon businessman, Pauric Connolly.

The Tidy Towns movement has been at the coalface of community activism for decades and Abbeyshrule has led the way in Co Longford. Chairperson of the local Tidy Towns group, Philip Butler, will be accepting the award on behalf of the tireless South Longford group.

Another community activist is Beatrice Patterson, who has been to the fore of so much that is positive in Edgeworthstown in recent years. Consistently at the helm of local fundraiser projects and a member of the local tidy towns team, Beatrice has her hand in everything Edgeworthstown related.

There will also be an award for veteran Clondra publican, Des McPartland, who has championed Longford tourism for many years now and his landmark bar is an institution on the Irish waterways.

A popular award winner this year will be Longford town photographer, Lalin Swaris, who has been capturing the heart and soul of the town on film for many years now and publishing endearing accounts of life in the town through Facebook.

Last year's event was one of the most successful and saw popular priest, Fr Brendan O’Sullivan honoured with the overall award.

Limited tickets (€45 each) to the awards night are now on sale and can be secured by contacting Noel Greene from Midlands Simon on 087 961 5766.