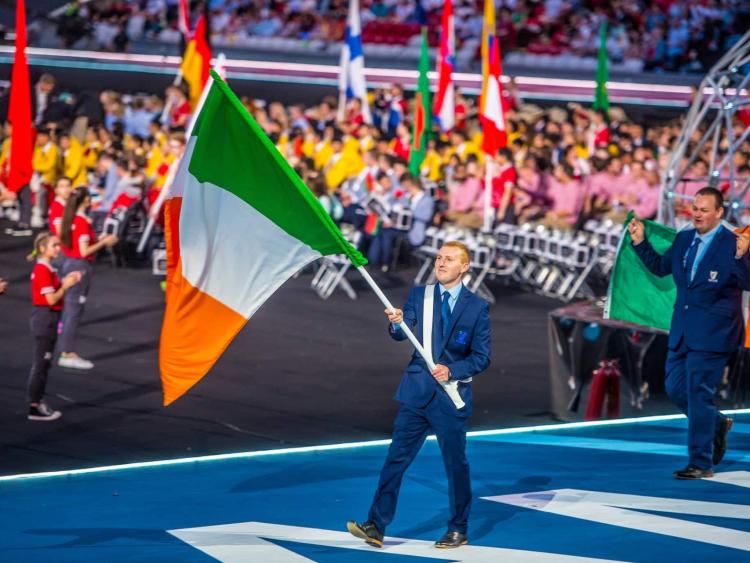 It's been a busy couple of weeks for Aughnacliffe man, Ryan McLoughlin, who jetted off to Russia in late August to compete in the Bricklaying category of World Skills.

The son of Peggy and the late Kevin McLoughlin, who was also a bricklayer, 22-year-old Ryan competed in the national competition earlier this year and was selected as part of Team Ireland, along with 16 other skilled young people from across the country.

Ryan has been bricklaying since he left school at the age of 17 and started working with his dad who, sadly, passed away in July of this year.

But his son certainly did him proud by bringing his trade all the way to Kazan, Russia, where he competed against the very best young bricklayers in the world, missing out on a medal by an infuriating half a point.

“It was an amazing experience,” a delighted Ryan told the Longford Leader last week after the competition was over and done with.

“The competition didn't go my way but these things happen. But as an overall it was brilliant.”

In total, the Irish team came home from Kazan as the 10th best team in the world, bringing with them four gold medals, one bronze and seven medallions of excellence.

And, while Ryan didn't claim a medal in Russia, the talented Aughnacliffe man certainly won the pride of the entire county and will surely be getting a few bricklaying jobs out of his achievement.

Read also: Aughnacliffe bricklayer to bring his talent to World Skills 2019 in Russia