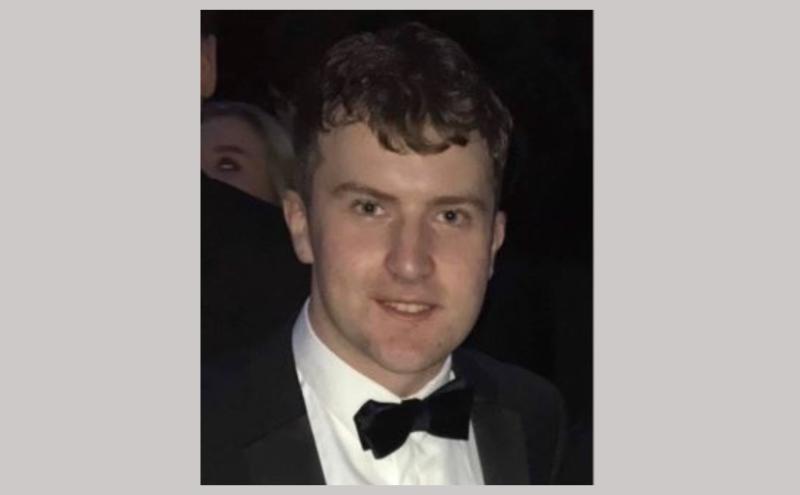 The Funeral Mass of the late Ciarán O’Boyle, Aughadegnan, in St Mel’s Cathedral on Friday morning last heard how the 22-year-old, who died tragically in New York, had made an enormous impact during his short life.

A number of symbols that represented Ciarán’s life were placed on the altar during the ceremony.

They included a family photo illustrating the importance to Ciarán of his association with his family; his Clonguish GAA jersey; another photograph showed Ciarán pulling a pint in the family pub in Kenagh; a cross made from wood salvaged from the fire which destroyed St Mel’s Cathedral in 2009 when Mr O’Boyle was an altar server in the cathedral, and his UCD computer science degree.

Chief celebrant Fr James MacKiernan said that even in his short life, Ciarán had made an enormous impact.

Fr MacKiernan added, “The countless number of people that he encountered along the short road of twenty two years through Melview national school, St Mel's College and UCD.

“And not only his friends and fellow students but also his parents whom he willingly assisted through his passion for science and technology. He lived his short life well and this morning we gather to bid him a fond farewell as we return him now to the company of God the Father.”

He welcomed the priests who concelebrated the funeral mass - “Fr Kevin Daly from Roscrea (a grand uncle of Ciarán), Fr Laurence Walsh (Roscrea), Fr Brendan O'Sullivan parish priest of Leamonaghan in Offaly who was in New York and was able to celebrate mass with Ciaran's friends before his body was returned home to his family.

“A very dear friend of the family, Fr Alan Hilliard, Chaplain to TU Dublin where Rachel (Ciaran's sister) is studying. Also Fr Eamon Burke who is Chaplain to UCD where Ciarán studied and where Patrick his younger brother will begin his studies next week. Fr Joe McGrath, who is chaplain to St Mel's College, and Fr Tom Barden, who is parish priest of Kenagh here in Longford.”

During a moving eulogy, Bernard O’Boyle, twin brother of Ciarán’s dad Paddy, said, “Ciaran has gone no further from us than to God and God is very near. This is a source of consolation to us but if human choice could transcend time and space we'd want for nothing more than to have him back amongst us again.”

He explained that Ciarán discovered a passion for his Playstation from a young age.

“As with many families there were occasional concerns about how much time was being spent in this pursuit. And so when the Playstation broke, Paddy and Jacinta were in no rush to find a replacement or to get it fixed. But Ciarán's inventive streak went into overdrive and within a few days he had secured another broken playstation from a friend for spare parts. He had disassembled both, replaced failed components and he was back gaming.”

Early in his TY year at St Mel’s College, Ciarán submitted a three minute video presentation, giving reasons as to why he should be selected by Microsoft for their TY programme and he was successful at this and spent a week at their facility. He also mastered coding manuals while he was still a teenager.

Bernard told the congregation that Ciarán had many other interests growing up. He participated in soccer, gaelic, swimming, basketball, rugby. And particular highlights for him were success in Community Games U16 Leinster basketball, a Leinster U17 Rugby League title, several GAA awards with Clonguish and most recently at Longford Open tennis week.

Speaking on behalf of Ciarán’s parents, Paddy and Jacinta, Bernard thanked a number of people for the practical help the family received.

“To Fr James MacKiernan for being with the family and celebrating this funeral mass. To those in New York, particularly the Kelleher, Yorke and McCormack families and Fr Brendan O'Sullivan. We also especially thank the local community of Longford who have come together to help in so many ways and Ciarán's many friends who have travelled from so many places to be with us for his funeral.”

Ciarán was laid to rest in Ballymacormack Cemetery.