‘We are going to take action and that’s it’, say local eel fishermen 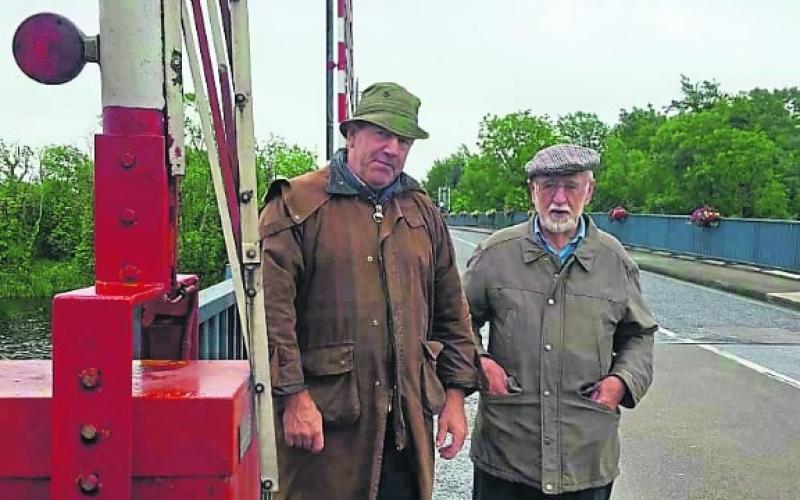 A group of eel fishermen have pledged to bring the River Shannon to a standstill, if they are not fairly compensated for a loss of earnings.

The warnings were issued after a small group assembled in protest at the bridge in Tarmonbarry, Co Roscommon last week. The protest is over unpaid compensation after a ban was introduced on eel fishing in Ireland in 2009 in a bid to replenish diminished eel populations.

This resulted in the overnight closure of the industry, with the new bye-law ‘temporarily’ prohibiting any fishing of eels, as well as the possession and sale of eels caught in the state. A compensation package was announced in January 2018 for any licensed or permitted eel fishermen, who were engaged in commercial fishing prior to 2008.

The funds were to assist those who faced hardship as a result of these restrictions placed on them, however, many claim they have yet to receive any fair form of payment. One such fisherman is Rathowen resident John Rogan, who had previously ran his own eel smokehouse in Rathowen prior to the suspension of the industry and partipated in the recent protest at Tarmonbarry.

John said: “We had cruisers stuck here in Tarmonbarry.We can walk up and down on the bridge, legally, and the bridge can’t be opened.

“We could have the cruisers stuck here if we wanted.”

John says he and his fellow fishermen will go to these extremes yet again if they feel like there is no other alternative. He says he and other fishermen were left with huge losses upon the collapse of the industry.

He said: “I had a factory and payments on the factory and everything. It put us all on the road. It put all other eel fishermen out of business.

“I had four people working for me, four members of my family.

“I tried with all of my power to be allowed stay fishing in a small way, so I could keep this little business open, but they wouldn’t allow it. They said they couldn’t police me. That was their eventual excuse.

The industry had originally been ‘shut down’ temporarily, a temporary closure which has continued for the past ten years and one set to continue into 2024.

“The temporary closure of the fishery was a great tactic on behalf of the state,” he said.

“We have been fighting for proper compensation.”

Prior to the closure of the industry, John had fished his produce out of the River Inny. As compensation for losses incurred, he was only offered a sum of €8,000.

He said: “They introduced this Mickey Mouse scheme to prevent people from getting proper compensation.

“We were just dismissed as eel fishermen. It was just we are closing it and that’s it.

“I want to submit my accounts.

“I want an Independent actuary to assess our losses and then I will agree to that figure.We won’t accept tax returns or audited accounts.”

John says a recent court case involving an English salmon fisherman, Nigel Mott, who took his case to the European Court of Human Rights and won, eventually receiving compensation of £180,000 - is what spurred the group into action.

He also told the Leader that they also received inspiration from the work of farmers in recent beef factory protests.

“Look at the farmers, they were being pushed around for years until a group got going and went and demonstrated at factories.

“Now they have everyone behind them, because people realise they won’t get good meat without farmers.

“We don’t want to be out protesting at all, no more than the farmers were at factories,” he added.

John and other fishermen involved in the organisation representing eel fishermen in Ireland, All Ireland eel fishermen’s association, have pledged further action, should the continue to be ignored.

“This protest was just an initial foray. The officials here and the people working for the OPW managing the locks and bridges, they know now what we can do,” said John.

“We are talking about maybe closing all of the bridges on the Shannon completely for one day.

“We can’t put up with it any longer. We are going to take action and that’s it.”