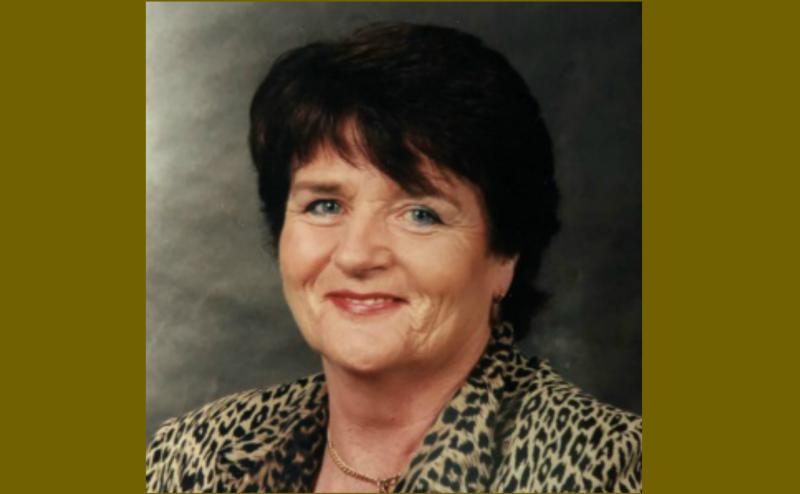 One of the most popular and well-liked women in the county, Paddie served as a Fianna Fáil Longford town council member, winning the seat in 2004.

She was on the national executive of the FF party and was also chairwoman of the Visiting Committee to Mountjoy.

Her son Michael successfully contested the 2009 town council election, holding the seat until 2014 when the town councils were abolished following a major restructuring of local government.

Poignantly, at that time, he remembered the contribution of his mum to local politics, stating, "It truly was an honour to represent the people of Longford town and to follow in my mother's (Paddie Connellan) footsteps.”

Educated at the Convent of Mercy, Strokestown; Our Lady’s Athlone and St Vincent’s Dublin, Paddie was a nurse by profession.

Married to Michael - he was appointed State Solicitor for Longford in 1963 and went on to become a judge, presiding from 1994 to 2005; they have two daughters Fiona and Patricia, and one son Michael. They also have five adored grandchildren - James, Adam, Katie, Mia and Paddy.

Paddie was renowned for raising money for local charitable causes and on one such occasion, Dublin-based style consultant Celia Larkin, was special guest for a style-clinic in the Longford Arms in aid of the Longford Hospice Homecare committee.
She also organised for local people to visit Aras an Uachtarain and Stormont, the seat of the Northern Ireland Assembly.

Ahead of the 2004 local election, when asked why people should vote for her?, Paddie revealed, “Because I care about people and my town.I have been here for 39 years and I understand the people and their problems. Health issues are very important for me and I will be working hard to make people’s lives more comfortable.”

Considering she was added to the FF ticket for the 2004 election and was a first-time candidate, Paddie’s performance was exceptional as she garnered 374 first preferences, just 25 votes shy of the quota, winning the fourth of the nine seats on offer following Count 3.

Indeed, the impressive poll topper in that election fifteen years ago was none other than Fine Gael’s Peggy Nolan, presently, the only sitting female councillor in Longford.

Paddie was an accomplished golfer, and in 1982, playing alongside Mary Keegan and representing Co Longford Golf Club, they won the Daily Mail Foursomes (Irish Section).

She was Lady Captain in 1983 and was also an integral cog in the Co Longford Golf Club Ladies teams which won the 1989 Western District Senior Cup and Western District Connaught Cup in 1997, and she competed in Irish Senior Ladies Open in 2003.

The ‘97 team was captained by Yvonne McGarry-Croarke and also playing were Mary Keegan, Margaret Dooley, Martina Glennon. In ‘89 other team members were Olivia Conroy, Brenda Gearty, Margo Magan, Kathleen O'Connor, Anne Freeman and they were captained by Mona Galvin.

Predeceased by her brother Barra, the late Paddie will be sadly missed by her dearly devoted husband Michael, daughters Fiona and Patricia, son Michael, her grandchildren James, Adam, Katie, Mia and Paddy, her son-in-law James and Patricia's partner Peter, daughter-in-law Anne, sisters Denise and Marguerite, nieces and nephews, relatives and her wide circle of friends. Rest in peace.

She will repose in Glennon's Funeral Home, Ballinalee Road, Longford, on Wednesday, August 7 from 5pm, concluding with prayers at 8pm. Removal on Thursday morning, August 8 to St Mel's Cathedral, arriving for Mass of the Resurrection at 11am, followed by burial afterwards in Ballymacormack Cemetery. Family flowers only please. House private.