Local girl Maura Higgins in with a shot of the prize 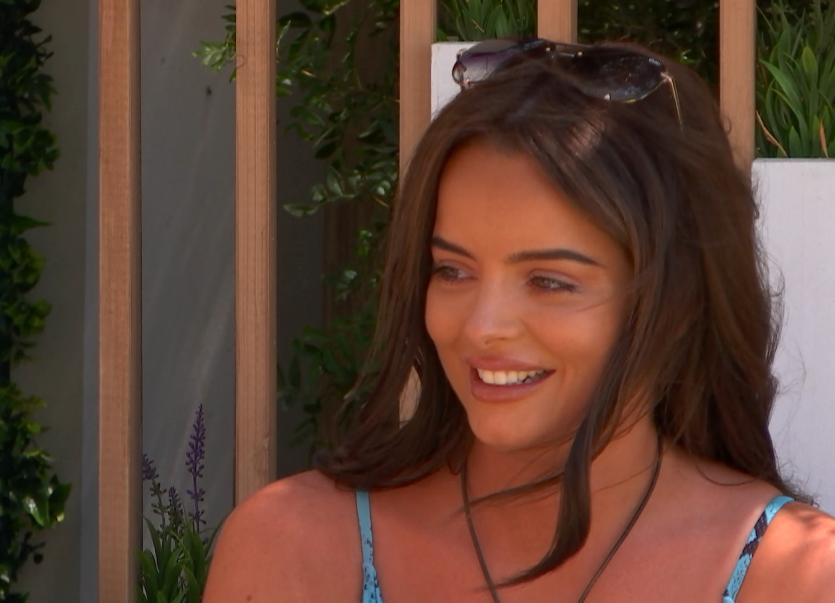 Maura on Sunday night's episode when mammy Sharon and her partner came to visit. The Love Island finale will air tonight at 9pm on Virgin Media One and will be screened in Skelly's Bar.

From the moment she strutted into the Love Island Villa, local model Maura Higgins turned the heads of the nation and, several weeks later, she and partner Curtis are in the finale of this season of the popular reality TV series.

The Forgney, Ballymahon, native has been causing a stir across Ireland and the UK and even further afield with celebrities pledging their support to the local ring girl.

And tonight will see one of the four remaining couples crowned the winners of this year's Love Island.

And the people of Ballymahon are set to show their support for one of their own as Skelly's Bar, Ballymahon, will screen the finale tonight at 9pm for anyone who wants to join the Love Island party.

Will Maura and Curtis win? Or will they be beaten by Amber and Greg, Molly-Mae and Tommy, or India and Ovie?

Fine out tonight at 9pm.