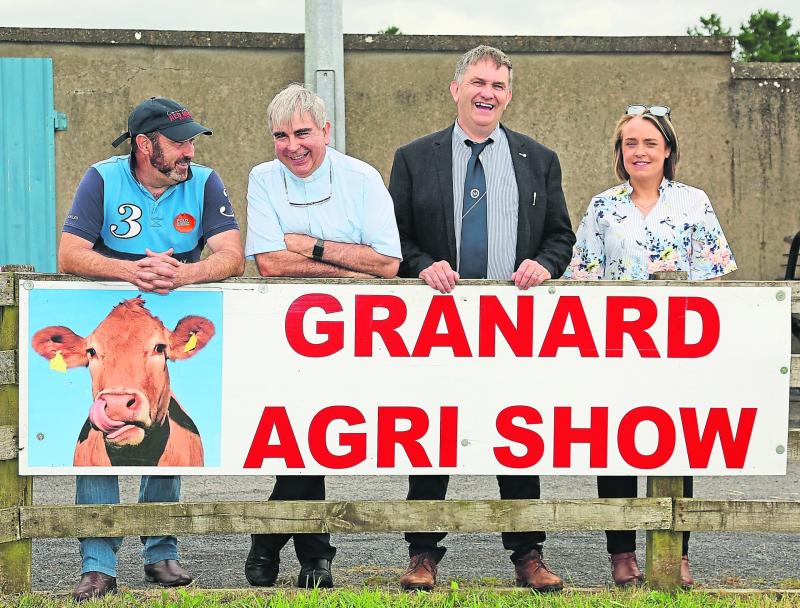 The action began bright and early at Higginstown on Saturday, July 20, with a variety of cattle, sheep, goat, poultry and horse classes, not to mention the crafts, baked goods, photographs, flowers and art galore on display.

Dubbed a ‘great day out’ by Fr Cadam, the Granard show most certainly did not disappoint.

“It is always a great day out here in Granard,” he added.

The event was officially opened on the day by national show secretary, Jim Harrison, who compared the organisation of a show like Granard's to baking a cake.

He said: "I always say that shows are a bit like baking a cake, due to the ingredients and the first ingredient of any show is their committee.

"I would like to congratulate the whole committee for what they are doing here in Granard," he continued.

Day one of the show featured predominantly livestock classes, with the showjumping competition classes held on the field of Patrick Durkin on day two, Sunday, July 21.

The highlight of the first day of the show was undoubtedly the cow and calf championship, a newly introduced competitive class which was sponsored by AXA insurance.This class featured a mammoth €2,000 prize fund and was eventually won by Brian Moroney from Quilty in Co Clare.

Hazel McVeigh said: "Without our sponsors, a day like this simply cannot happen.

"We went to a lot of people and nobody turned us down. From the Granard show committee thank you for your continued support."

Also included at the show this year were an array of kiddies attractions, namely the vortex tube, bouncy castles and many other activities and games. One attraction which got ‘tails wagging’ was the ever-popular dog show.

With something for people of all ages, backgrounds and interests, the Granard Agri show was a joy to behold.
Roll on show number 69!