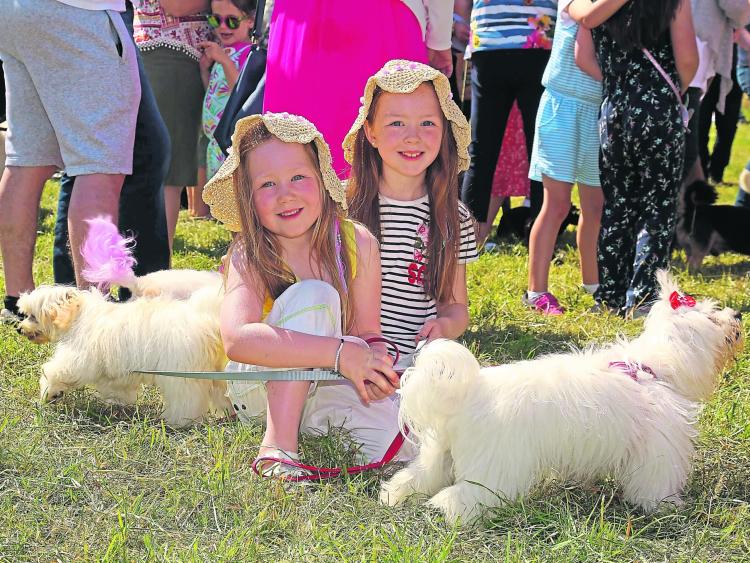 They came, they saw and judging by the large hordes of fascinated spectators who attended Ballinamuck’s Olde Fair Day last Sunday, the occasion was one which will live long in the memory.

From early afternoon, a significant drove of cars could be seen lining the field adjacent to where the action got underway shortly after lunchtime.

From bouncy castles to puppet and dog shows, the younger generation certainly had plenty to whet the appetite amid what can only be described as glorious sunshine.

The sight of an ice cream van churning out a deluge of dairy delights helped quench any lingering thirst that may have been exacerbated by the searing heat.

For others, there was the chance to sample the delicacies of homemade boxty surrounded by the unique sounds of the ever popular Nite Fever band.

As is customary with events of its nature, there were any amount of craft stands and recreational attractions for both young and old to revel in.

The presence of pony rides and taking a closer look at a whole host of agricultural animals ranging from goats to lambs and even miniature piglets.

There was much to smile at too, perhaps none more so than seeing Fine Gael local Cllr Paraic Brady get more than he bargained for when taking to a dunking chair.

And by the time crowds and the many in attendance began to make their departures, thoughts soon began being focused on next year’s Olde Fair offering.

Just whether it can match, let alone surpass the events of last Sunday however, is very much open for debate.