Fine Gael and Fianna Fáil face off over Longford investment 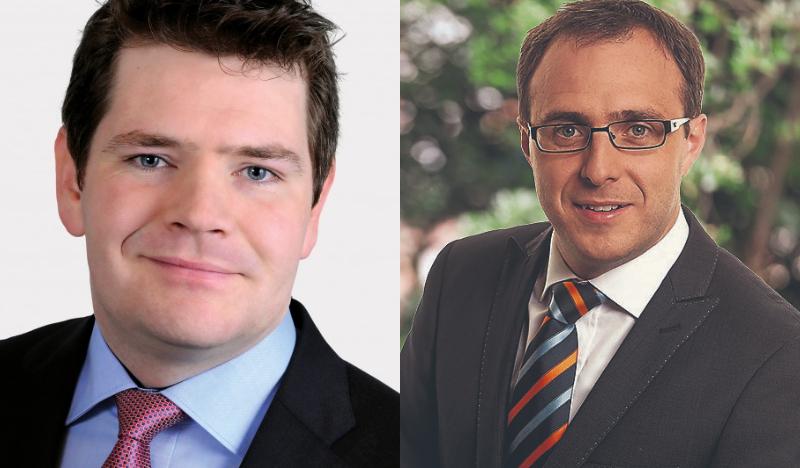 A political stand-off has erupted between Fine Gael and Fianna Fáíl over ongoing investment plans earmarked for Co Longford.

Both sides have accused the other of effectively threatening to derail the progress which has been made in the county over the past number of months. In a thinly veiled swipe at Fianna Fáíl's concerns over the Government's National Development Plan (NDP), Longford-Westmeath TD Peter Burke said Fianna Fáil's inability to offer real and credible solutions was unambiguous.

He said their so-called “silence” on claims aimed at delaying or cancelling key Government projects represented a real threat to the €1m allocated for public realm works in Longford town as well as funding to develop Granard Motte as focal point in Longford's tourism renaissance.

“Last week I called on Fianna Fáil to explain to members of the public here locally why they want to delay projects like the much needed €1m for works in Longford town and the significant investment for the Motte and Bailey which will be development into a major tourist attraction,” he said.

“Their silence on the matter since speaks volumes. Fianna Fáil has no answer and actually they have doubled down on their regressive approach.”

They were sentiments which not surprisingly induced a scathing riposte from Fianna Fáíl opposite number Robert Troy. He described the stance taken by Mr Burke and Fine Gael as “co-ordinated” and “juvenile”, adding that the people of Longford would not be duped over it.

“I am fully supportive of the development Granard Motte and Bailey and other vital capital projects.”

After raising the issue on a number of occasions in the Dáil, the Longford-Westmeath TD said it was the Government and not Fianna Fáíl who risked falling on their own political sword if vital projects are abandoned because of cost overruns linked to the National Children’s Hospital and State broadband plan.

“If that is the case, then where will the money come from to pay for the projects?

“In pointing out the glaring anomalies in the Government's Climate Action Plan, which is at odds with its National Development Plan, Fianna Fáil highlighted the total failure of the Government to articulate a vision for the future of public transport.

“This is particularly disappointing for Longford, where we have a huge population who commute into Dublin city and are dealing with a rail service suffering from serious under investment and over capacity.”