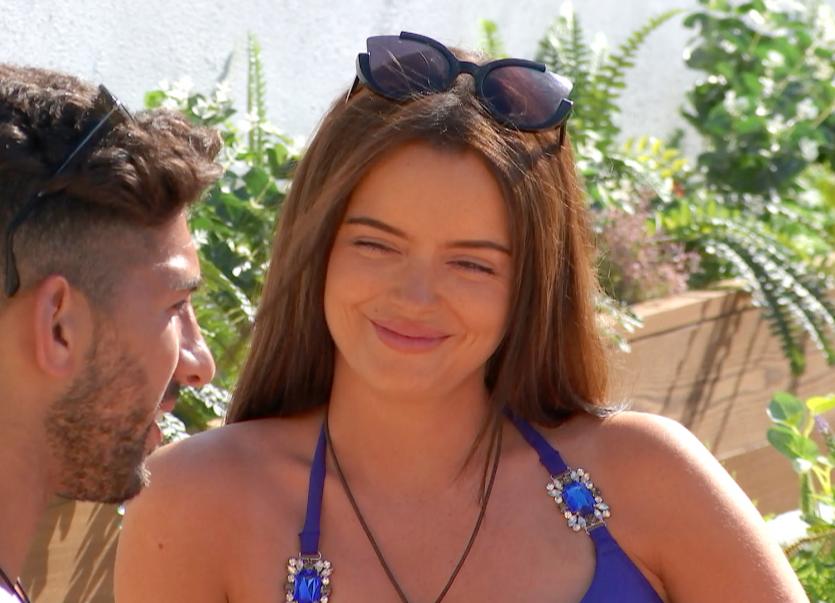 The past week has been dramatic for Longford's Maura Higgins. The Ballymahon girl was coupled up with Tom Walker but, after hearing he'd been talking about her behind her back, she promptly ended things and Tom was voted off the island in a dramatic double dumping last week.

Since then, though, our girl has been making progress in Casa Amor, which saw the girls moved to a new villa to get to know six new boys, while six new girls moved into the original villa.

The new girls are certainly no threat to Maura who was thrilled to be moving to Casa Amor where she and fellow single girl Lucie would have their pick of the new boys.

Maura spent some time getting to know footballer Dennon Lewis, who she finds very confident and attractive - especially since the pair shared a kiss early on in Casa Amor before sharing a bed together.

But on Monday night's episode, Maura admitted that, while Dennon is very attractive, she found herself getting annoyed that he wasn't listening to her.

She admitted that she herself has a habit of talking over people but said she didn't like not getting the chance to speak when with Dennon.

On Monday night's episode, Maura decided to move on to getting to know 29-year-old personal trainer and former royal navy officer Marvin Brooks.

While chatting to Marvin on Monday night's episode, she admitted she has considered whether her mother might approve of him.

“I was thinking, I wonder what my mammy would say to me now; who would she choose? Would it be Dennon or Marvin? I was thinking I just know who she would [pick for me],” she said, alluding that it would be Marvin.

“I know her inside out, she’s very like me.”

Marvin, pleased that he may have the seal of approval from Maura’s mum told her: “I want to send a message back to mammy!”

Maura admitted to him that it’s important to her that a potential suitor would be close to their parents.

“You’re obviously very close to your mother, that’s a big thing for me,” she said.

Both Marvin and Dennon have attractive qualities for Maura but, when she returns to the original villa, which of the new boys will she have in tow? Or will she choose to get to know another of the boys at Casa Amor.

For daily Love Island posts and to stay up to date with how Maura is getting on in the villa, see the Longford Leader website at www.longfordleader.ie.

Read also: Love Island: Who will Maura couple up with in dramatic recoupling?