The late Mr Jordan will lie in repose at Glennon’s Funeral Home, Ballinalee Road, Longford, on Monday, July 1 from 4pm until 8pm 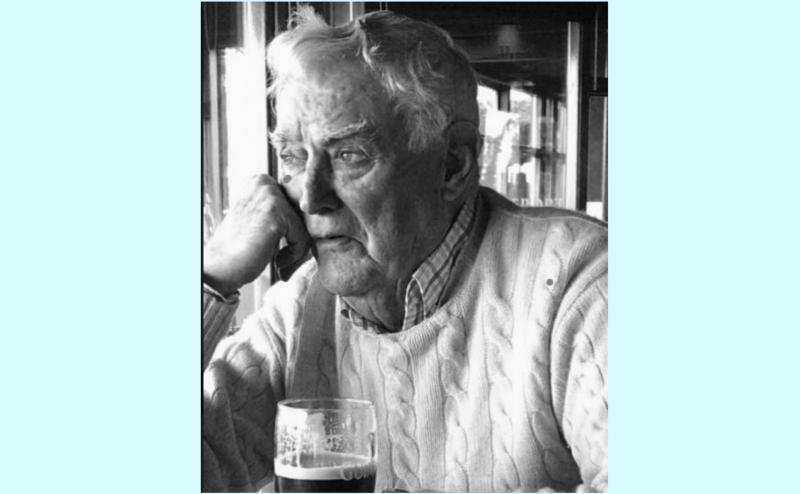 One of the country's best known actors, Tom Jordan, who played Charlie Kelly in Fair City, has died peacefully at his home in Ballyleague, Lanesboro

One of the country's best known actors, Tom Jordan, who played Charlie Kelly in Fair City, has died peacefully at his home in Tullyvrane, Lanesboro.

Mr Jordan, who was 82, had been in the RTÉ drama since it began in 1989, and he was a regular and much loved visitor to Longford and Lanesboro.

Born in Dublin, he grew up in Marino and raised his family in Elm Mount Avenue, Beaumont before moving with his wife Julie  in recent years to Tullyvrane.

Tom will be sadly missed and remembered with love by his family, and symathy is extended to his beloved wife Julie, daughters Annmarie (Wolohan), Jacqui (Prior) and Julie (Jordan–O’Brien), sons Jock and Tomás, brother Brendan, sister Phyllis (Carthy), sons in law, daughters in law, grandchildren, great grand-child, sisters-in-law, nieces, nephews, relatives and friends.

The late Mr Jordan will lie in repose at Glennon’s Funeral Home, Ballinalee Road, Longford, on Monday, July 1 from 4pm until 8pm. Private cremation will take place at a later date.

House is strictly private please. No flowers and donations, if desired, to The Irish Motor Neurone Disease Association, c/o Glennon Funeral directors or any family member.

Mr Jordan became a household name through his appearances on Fair City, and indeed, he was due back on the Fair City set on Monday next.

"This is devastating news," de Courcy said in a statement. "Tom Jordan was the heart of Fair City. He played Charlie Kelly from the very first episode and was a huge part of our plans for the future."

Ms de Courcy remarked, "A consummate actor, and a strong advocate for his colleagues across the industry, Tom will remain a legend for the viewers and for everyone who had the privilege of working with him. Our thoughts are with his family at this very sad time."

Jim Bartley, who plays Bella Doyle, said Jordan was "one of the best friends I've had in the business."

"I've known Tom for 40 years, and he was a big part of my life. Myself and Tom shared a dressing room in Fair City for nearly 30 of those years, since 1990 and they were a great 30 years.

"I'm going to miss him, and his Fair City family will miss him. He was such a steady part of the show, and he gave Charlie such credibility and life. My thoughts are with his wife and family."

Tributes were also paid to Mr Jordan on Twitter many of his Fair City colleagues, including Rachel Carson Pilkington, Clelia Murphy, Jenny Dixon and George McMahon.

So sad to hear of his passing. First worked with Tom in RTE in 1985 and came full circle to work with him again 33 years later. Rest easy Tom.
'He was the heart of Fair City' - Irish soap legend Tom Jordan dies aged 82https://t.co/DFvQkpTB2j

So sad to hear of the passing of my lovely colleague #TomJordan.

We presented an award together at the IFTAS in 2014. The gentlest, loveliest man who believed in respect & justice for all. One of life's good souls.

Very sad to hear of the passing of Tom Jordan. Always a gentleman to work with and a wonderful actor. My condolences to his family and friends. May he R.I.P pic.twitter.com/lFUGfc8EiR

Tom Jordan. A gentleman. Great fun and always a pleasure to work with. A true pro. And a tireless campaigner for actors rights. Thank you for #entertaining us. May he rest in Peace. Carrigstown will be a poorer… https://t.co/qvPYcwVaQZ

So very very sad to hear of Tom Jordan ’s passing. A wise mentor both on & off set. A pillar of strength. Was an honour to work alongside you. My thoughts & prayers to him & his family ✨ #TomJordan pic.twitter.com/OgecCoUf3P

#FairCity actor Tom Jordan know for his role as Charlie Kelly since 1989 has passed away https://t.co/oQdaX7rcW6 pic.twitter.com/dPiNM4iuAk

RIP Tom Jordan. An incredible actor and mentor. My thoughts are with his family. pic.twitter.com/Fe4qmjb6TZ

So sorry to learn about the death of actor Tom Jordan, who played Charlie Kelly in #FairCity since it began in 1989. RIP pic.twitter.com/ETp71Y622k

Sad news this evening . We had many’s the chat about RTE news when this great actor moved down to @TidyBallyleague Veteran Fair City star Tom Jordan dies https://t.co/RqRVQwFB4H via @rte

Before his work on the long-running soap, Jordan was a member of the RTÉ Players from 1968 – 1972. He was a founding member of the Project Arts Centre, was Actor Manager with World Theatre Productions for 12 years and was also Artistic Director of the Lyric Theatre, Belfast 1987/88.

Some of Tom's television and film roles include Farrell in Strumpet City, Seamus Doherty in The Manions, the father in Outcasts, the I.R.A Commandant in Lost Belongings, the psychiatrist in Remmington Steele, Mr Gillhooly in The Watchers, Jimmy Cagney in Inside, the demolition expert in Cry of the Innocent, The Field for Jim Sheridan, Gerry Glynn in Strange But True for London Weekend Television, Moll Flanders and most recently Paddy in The Anarchic Hand Affair.