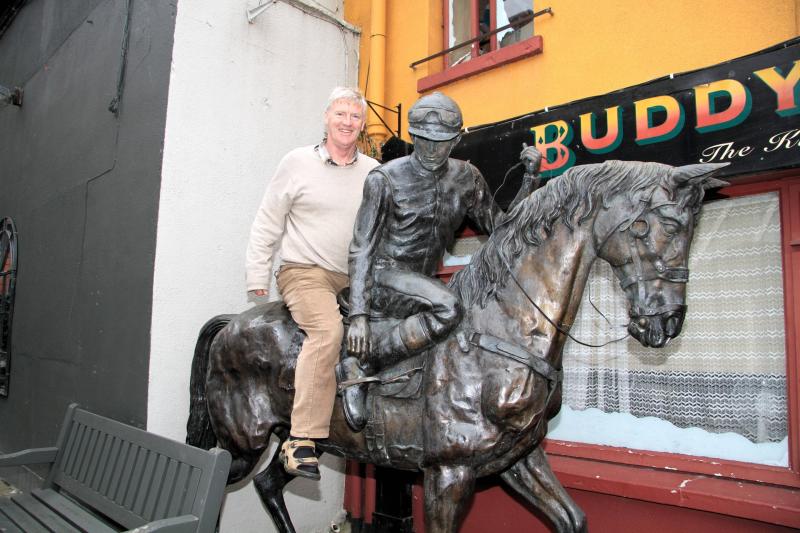 Longford architect, Liam Madden has suggested a statue should be developed in his honour in Cork

Outspoken Longford architect Liam Madden has raised more controversy, this time in Cork by calling for a halo bearing statue to be erected in his honour.

Mr Madden submitted a referral to planning appeals body An Bord Pleanala concerning a restaurant based in Kinsale and whether plans linked to the eatery were considered exempted development or not.

In a referral by its owners Philip and Josephine Horgan, planning chiefs were asked to consider a number of requests under those terms, one of which included the prospect of a 'roadside shrine' within the site and finished with a halo above it.

According to a recently filed inspector's report, An Bord Pleanala indicated there was no planning legislation which provided suitable definition of a shrine.

"The Oxford dictionary definition of a shrine is ‘a place regarded as holy because of its associations with divinity or a sacred person or relic, marked by a building or other construction’," read the report.

The inspector said the character of the statue which Mr Madden likened to that of 'Nero' cannot be considered a roadside shrine as defined by the Oxford dictionary, adding the proposed structure fell outside Class 33(b) planning guidelines and was therefore considered to be development in its simplest form.

Other questions detailing a paved area, advertising and 55sq metre pergola were likewise considered to be development and not exempted works as had been suggested in the original submission.

To read the full report, follow the link: http://www.pleanala.ie/documents/reports/303/R303471.pdf