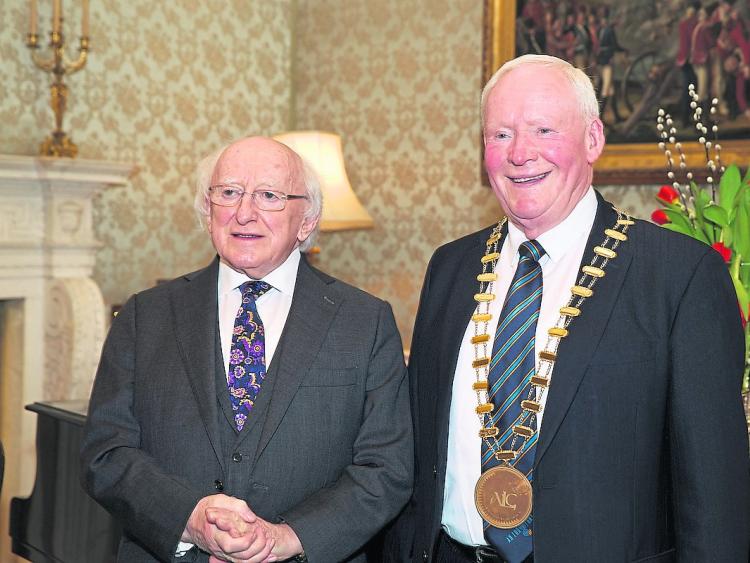 Former Cathaoirleach and recently retired councillor Luie McEntire has spoken for the first time about his “sheer disappointment” at how a large swathe of north Longford has been left without Fianna Fáíl representation for the first time in more than half a century.

Mr McEntire struggled to hide his disappointment over the fact the parishes of Dromard, Colmcille, Drumlish and Ballinamuck were now devoid of any political influence from a party he spent his entire career serving.

“This is the first time in 55 years that there is no Fianna Fáil representative in this area on Longford County Council,” he stoically put it.

“In the past this area was strongly represented by the Mulleady family, Frank (Grandfather to outgoing Cllr Martin Mulleady), Sean and Martin himself as well as Claire Brady Casey.”

Until recently, his home stomping ground of Dromard boasted two councillors, in the shape of both himself and John Duffy.
Noting the advances brought into the area both during and over the course of his four decade long career, Mr McEntire said it was abundantly clear which parishes could call upon having a local politician on their doorsteps.

And, without going into the finer details as to why those areas had been left disenfranchised from Fianna Fáil representation, Mr McEntire urged those in power to continue to uphold the interests of his former constituents. “I sincerely hope that the newly elected County Councillors whom I heartily congratulate will continue to deliver for the people of this locality,” he said.

“There are many issues that I feel affected the outcome of this local election which at the moment I am not prepared to discuss.

“As I retire and reflect on my time as a local representative, I feel incredibly proud of what I have achieved and I suppose the final words of thanks goes to my wife Margaret, my family, my team of workers some of whom were part of my 1979 campaign and the electorate of the Granard Local Electoral Area.”

In terms of the future, the wily north Longfordian confirmed that his main objectives over the short to medium term were to “take some time off” while reserving the rest to “relax” and unwind.