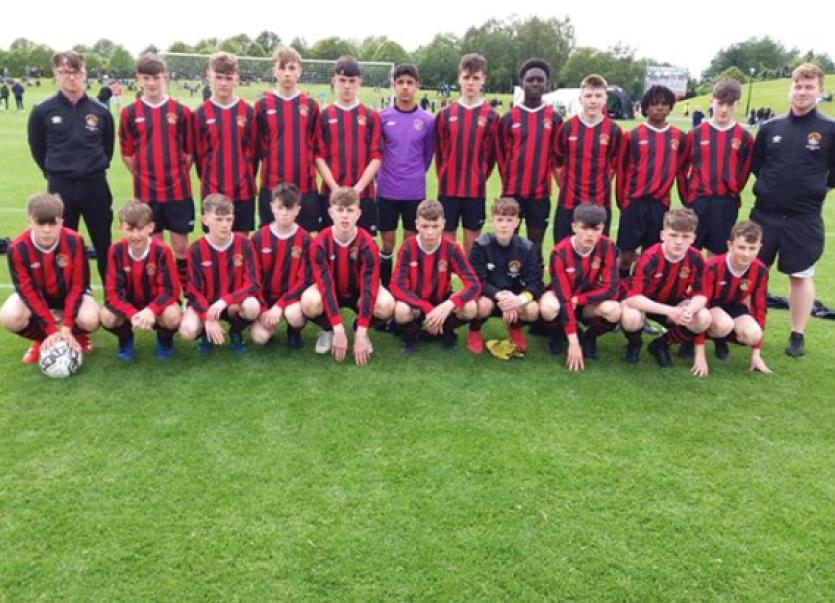 Longford League played Galway in the quarter final stage of the U14 Kennedy Cup in Limerick, June 13.
After topping Group 8, the team from Longford took on Galway in the quarter finals and went one-nil up in the opening minutes of the game, with Paddy Moran slotting the ball home. The score remained at one-nil until half-time.
After the break, Galway grabbed a goal back before Andrew Flynn restored Longford's lead to make it 2-1. This goal was enough to see Longford over the line and into the semi-finals.