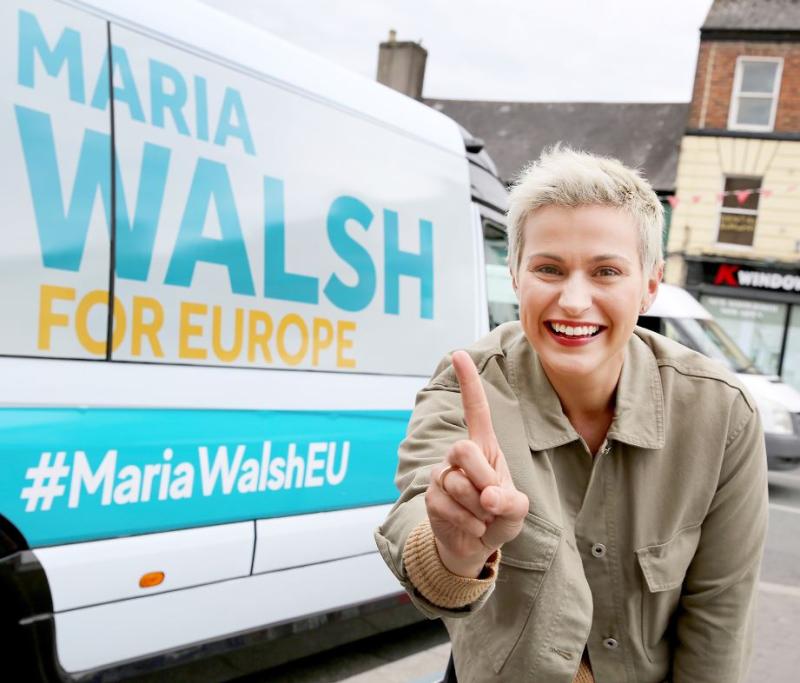 Maria Walsh as been elected as a new MEP

As the count for the European Parliament elections in the Midlands Northwest constituency drew to a close yesterday, May 29, Fine Gael’s Maria Walsh pipped Peter Casey and Green Party’s Saoirse McHugh to the final seat.

Topping the polls in the constituency was Fine Gael’s Mairead McGuinness who reached the quota on the first count, Monday, May 27, securing 134,630 first preference votes. The quota was set at 118,986 votes and it took until the final count, of what was a mammoth counting session in Castlebar, for Independent Luke ‘Ming’ Flanagan to reach the quota and be deemed elected.

The next on the polls was Sinn Féin candidate Matt Carthy, who was elected on 98,732 votes without reaching the quota. He thanked his supporters after what he described as a difficult campaign. The candidate to take the final of four seats in the constituency was newcomer and former Rose of Tralee, Maria Walsh (Fine Gael), who proved she could be a real ‘thorn’ in the side of her opposition.

"I am unbelievably honoured to be a girl from Shrule and the fact that we have an MEP". she said in her victory speech.

Independent candidate Peter Casey eventually bowed out on a total of 78,362 votes, with newcomer and Green Party candidate receiving 61,957 votes despite her recent TV debate heroics. Casey says he will continue in politics and will be seeking a place in the Dáil, running in his native Donegal.

Fianna Fáil’s Brendan Smith finished with 68,677 votes in total, while his colleague Anne Rabbitte was eliminated on Count 10, meaning the party have no failed to take a seat in the constituency for two elections in a row. The party are set to conduct a post-election post mortem into their failures.