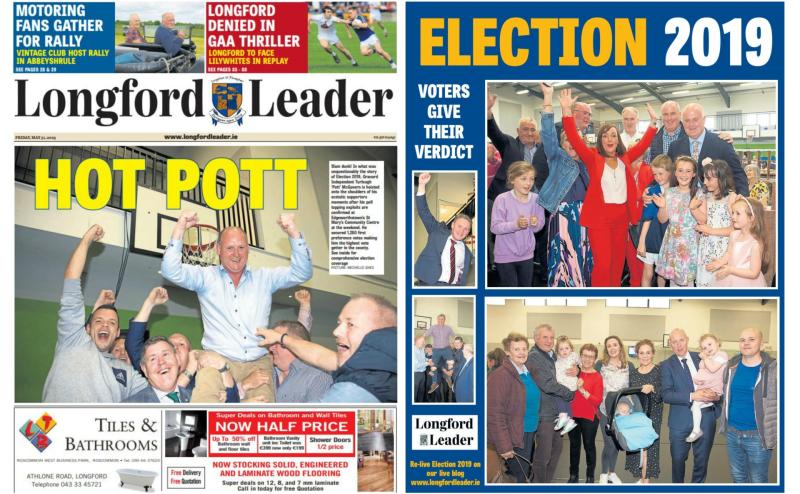 Following the announcement of Count 6 in Ballymahon municipal district shortly after 3.30am this morning, there were two candidates deadlocked with the same number of least votes - Independent Tony Moran and Fianna Fáil's John Kenny.

Keep up to date with the Longford Leader Live Blog

The count was due to recommence this morning at 11.30am, however, Mr Moran sought a recount in an attempt to preserve his interest in the election race at the expense of Mr Kenny. That recount is ongoing.

Prior to the recount being called, just two of the seats in Ballymahon municipal district had been filled by Fine Gael's Paul Ross and Independent Mark Casey, both on Count 1.

There are four seats remaining to be filled.

With the quota standing at 949, outgoing councillors Mick Cahill (Fianna Fáil), Pat O'Toole (Fianna Fáil) and Colm Murray (Fine Gael), who were on 874, 796 and 750 votes, respectively, following Count Six look to be well on course to retain their seats.

Another outgoing councillor, Lanesboro's Gerard Farrell (Fine Gael) 692, is also well in the mix, but Fianna Fáil haven't given up the ghost entirely on that final seat and they're hoping that with beneficial transfers, one of their two new candidates, Brigid Duffy 580 or John Kenny 448, could overtake Farrell and clinch the final seat.

The Longford and Granard municipal district counts are completed and the following were elected;

Here are the details of Count Six in Ballymahon prior to the recount being sought;

The 224 votes of Geraldine Ryan to be distributed.