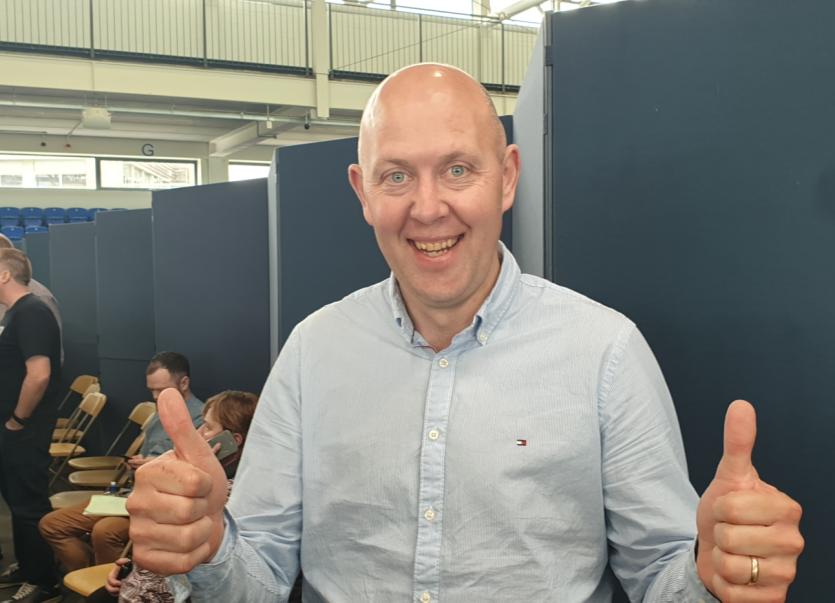 Paul Ross thrilled with the support he received in south Longford

Legan man, Paul Ross has had a very successful day at the local election count as initial tallies show him topping the poll in Ballymahon MD.

The outgoing Cathaoirleach of Ballymahon MD received particularly strong support in Legan and Edgeworthstown. It was a two-horse race in Edgeworthstown earlier today as initial tallies put Ross and Brigid Duffy neck in neck for votes.

But Paul Ross has managed to come out on top in the south Longford area.

"I was here five years ago and I had a very, very tough weekend and to come back here today and have so many votes, I'm absolutely delighted," he told the Longford Leader earlier today.

"And I suppose I put a lot of work in but the areas that I've put the work in have really come out and supported me.

"Legan came out terrifically strong, Edgeworthstown, Ardagh, Carrickedmond, Ballymahon - these areas where I've done a lot of work have really supported me and I really, really appreciate it."

In the previous local elections, five years ago, Ross says he had a difficult time and wasn't elected until near the end.

"I've been the other side of the coin five years ago and it was very, very tough for me. I got the second last seat and I suppose I put the head down ever since and worked hard and thank God I got the results today," he enthused.

Colm Murray was the poll-topper in south Longford five years ago and said that his numbers were lower than in 2014.

"I'm back a good bit from the last election," he explained to the Longford Leader this afternoon.

"The tally figures are pretty clear there. I suppose, being a different one for me with a number of candidates running in my vicinity. Paul Ross has ran very well.

"I was a bit apprehensive this morning. I'm a bit happier now, there are a few boxes coming in good for me and I'm hoping to be just above the battle for the last seat or two."