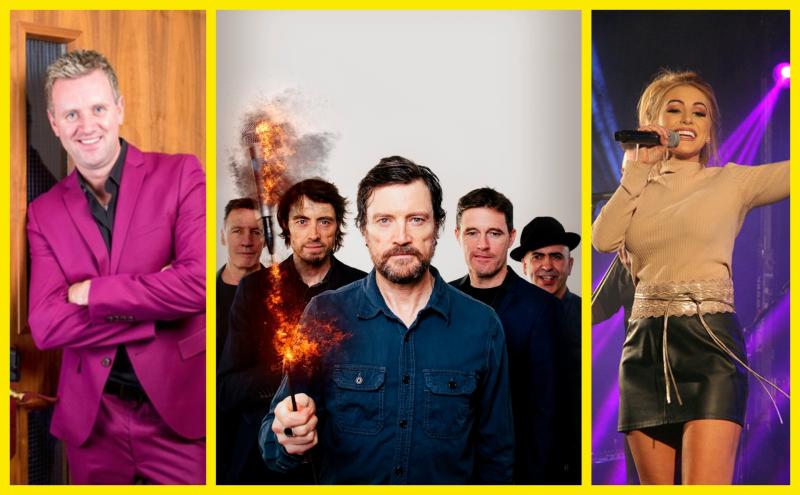 Mike Denver, The Stunning and Cliona Hagan are among the top acts that will perform at the Longford Summer Festival 2019.

The organisers of the Longford Summer Festival have unveiled a sizzling and spectacular line-up of top acts for the spectacular July live street music extravaganza.

The Stunning, Aslan, Mike Denver, The High Kings, Jake Carter, Cliona Hagan and Michael English are seven of the leading acts that will perform in Longford in July.

Longford Summer Festival 2019 runs for nine nights this year, from July 4 to 7 and from July 10 to 14, and organisers say many more acts will be announced over the coming weeks.

Longford Summer Festival was revived in 2015 after an absence of over a decade.

Brave Giant headlined the 2018 festival which ran over four nights, and building on the massive success of the past four years, organisers have added five additional nights of music. 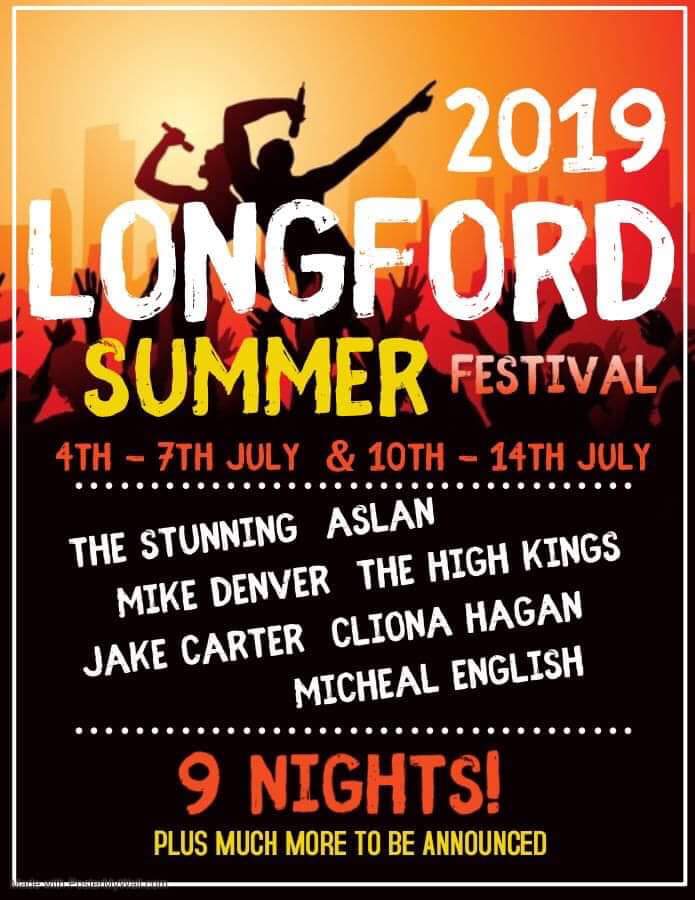