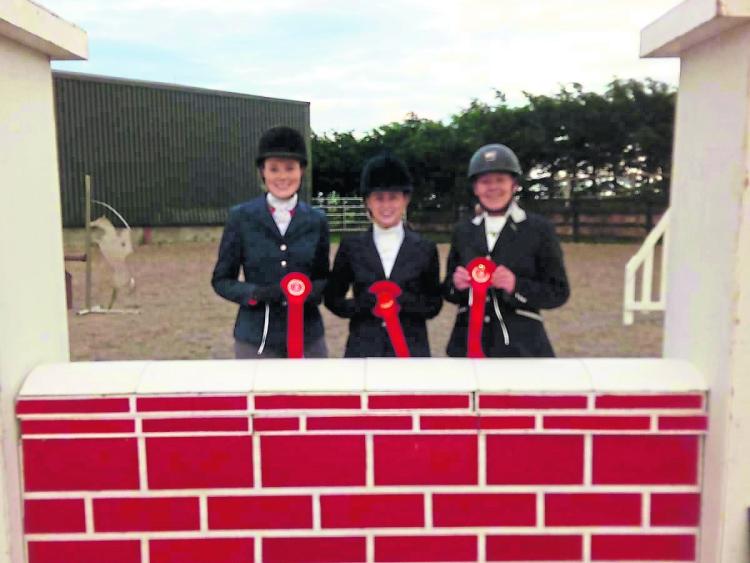 2019 has so far been a brilliant year for Mosstown Riding Club.

The Mosstown Double D's won the qualifier in impressive style and the Mosstown Dressage Diamonds claimed 4th spot. Also a number of Mosstown members qualified on an individual basis and they were: Alice Whyte, Mary McEntee, Thomasina O'Reilly, Sarah Phelan and Emer O'Donnell.

On Sunday last, May 12, also at the Emerald International, Mosstown went to contest for the sought after qualification for RDS in August at the Midlands Regional Team Showjumping qualifier. Again, Mosstown had three teams entered and a total of 16 teams took part in the qualifier. This competition is run in the Nations Cup format and involves each team member jumping two rounds. In the event of an equality of faults the captain of each team then goes to a jump off over a shortened course.

Four teams eventually proceeded to a nail biting jump off. They were teams from Tara Hill, Mo Chara, Mosstown Mane Attraction and Ross House. Tara Hill were first to go with Zoe Duggan having 8 faults in a very good time. She was followed by Liam Keogh from Mo Chara who had a clear round, followed by Edel Whyte from Mosstown who also had a clear round but taking 3 seconds off Liam’s time. She was followed by Laura Murphy from Ross House who had 4 faults. Mosstown Mane Attraction emerged victorious and will now compete at the RDS in August.