St Mel's Brewery paving the way for the competition 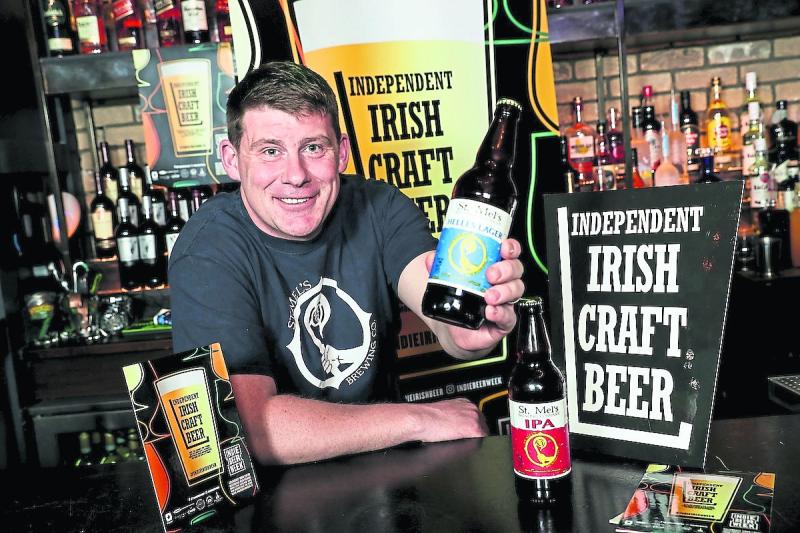 Ireland’s network of over 30 Independent Craft Breweries launched their annual Indie Beer Week on Wednesday, May 8.

Indie Beer Week will take place from Wednesday May 22 to Sunday May 26 and features a series of nationwide celebrations across Ireland. This year is the third annual Indie Beer Week Festival which has grown dramatically in support from the network of Independent Craft Breweries across Ireland and the public seeking new genuine beers.

The launch event was attended by some of the finest independent breweries of the country. The evening was an opportunity for the microbreweries to allow guests sample and discover the very unique range of great tasting independent beers produced in Ireland.

Commenting on the launch, Liam Hanlon from St Mel’s Brewery said: “Indie Beer Week will kick start a series of celebrations to encourage visitors to discover our local independent brewery and to taste and explore particular beers very unique to their area.

“It is important for the association to raise awareness about microbreweries in Ireland that employ talented young professionals and produce quality and genuinely independent beers. We are proud of our members’ successes so far and their very loyal following across Ireland which continues to grow every year thanks to the Indie Beer Week.”

Liam went on to praise the benefits of having an Independent craft beer symbol for Irish beer.

“This year is very special as we are introducing to the public a striking symbol which will help consumers recognise a genuine independent artisan beer from a mass-produced, high volume beer produced by global giants.

“The Independent Irish Craft Beer symbol will guarantee that a beer is made in a genuinely independent microbrewery in Ireland. As our organisation has been growing in such large numbers, we are unveiling the symbol to the public to promote independent and genuine microbrewers.” he concluded.