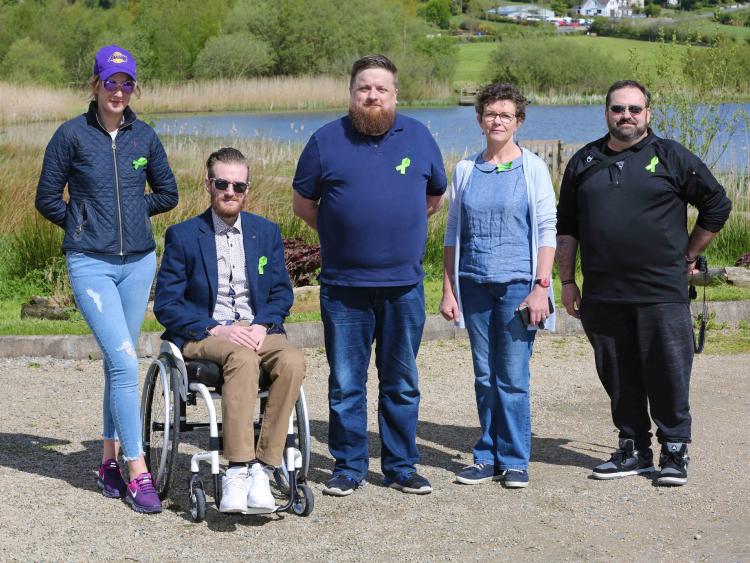 The second annual Walk & Talk for Seechange at Leebeen Park, Aughnacliffe, will take place on Saturday, May 18, kicking off at 11am sharp.

“We have also got Shane Carthy coming to speak, a former Dublin U21 All-Ireland winner. He is a great young lad, but he had a massive mental health issue when he was 18 and had broken into the Dublin senior team.” Organiser Shane Reid told the Leader.

It is hoped that the event will encourage people to talk about their problems in the same way they do about everyday topics.

“We try to keep it very relaxed and chilled out. People can have a chat, whether it’s about the Premier League run in or whatever. It is all about raising that awareness, but by being normal about it.” Shane explained.

The comedians in attendance are not only there for their comedic value, but also for their own experiences with mental health.

Shane said, “Our intention was to have funny people, but funny people who had their own issues. Farmer Michael has had his own difficulties down through the years, as has Joe Rooney.”

The agenda for the day is the walk and talk itself and following this, refreshments will be served in Murtagh’s.

“Anyone, whether they are a comedian, a footballer, a politician, are all the same in terms of make-up. Mental ill-health does not discriminate against anyone, it affects everyone.

Also in attendance on the day will be representatives from GROW, Cycle against Suicide and the Longford Mental Health Association. Everything in use and provided by the team over the course of the event, have all been donated by locals.

Edgeworthstown’s Jimmy Jests told the Leader he had no hesitation in getting involved once approached.

“This is an event of huge importance, especially with the stigma which still surrounds mental health.

“Anything that helps people to know that’s it’s ok to not to be ok and that there is always an ear ready to listen, is a good thing. Of course laughter is a great tonic and that’s what Jimmy Jests is all about.

"If my videos can shine a light for a person who is in a dark place and give them a few minutes of joy then that is more than I could hope for.” he concluded.