Longford's Roving Leader: Legan Nifty 50, hitting the road in aid of the ICS 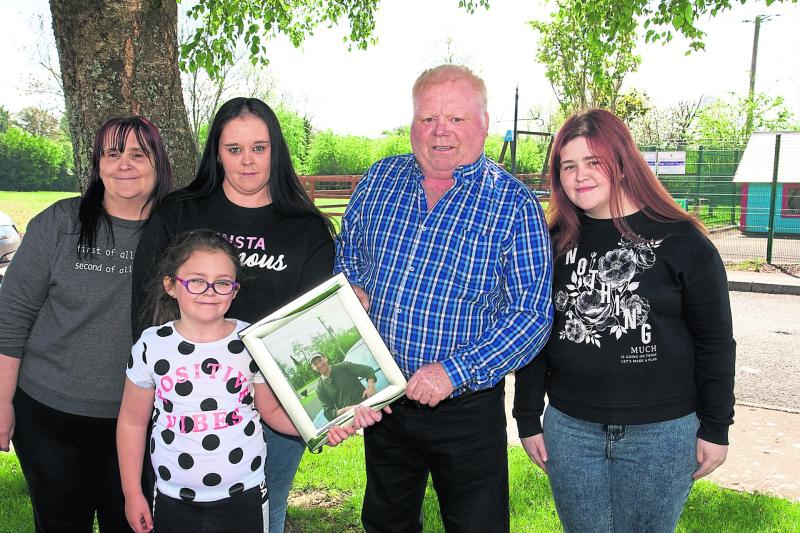 The team behind the Legan Nifty 50 are about to embark on their ninth annual fundraising campaign in aid of the Irish Cancer Society (ICS), a 60mile journey around Longford on their bikes.

The event has taken place every year since 2010, with Honda 50 and motorcycle enthusiasts from throughout Longford and the midwest making their way to the village in the heart of the county. This year it took place on Sunday, May 12, kicking off from Mitchell’s bar in Legan at 12:30pm sharp.

The committee behind the event is made up of John Mannion, Brendan Teague, Seán Phelan and Emma and Nicole Mannion, all of which hail from in or around the Legan locality.

Organiser John Mannion told the Roving Leader, “There are a few of us in it and we do it all together.”

John himself first obtained the grá for bikes in his younger years, before he sold his last remaining one as his life became increasingly busy. This passion remained dormant inside of him, until he caught a gaze of some bikers from Abbeyshrule passing through the village.

“I used to drive bikes years ago, but I eventually gave them up. But when I saw the Abbeyshrule bikes coming to Legan, I said I would buy another one. It all kick started from there,” he chuckled.

The addiction to biking and the road has firmly taken a stranglehold of John once more and this is something he has now passed onto his daughters.

“Nicole and Emma both love the bikes. If I go, they can take over,” he joked.

The idea to organise the run was first coined by one of the founding members of the Moyvore Honda 50 run, who after seeing John and many others taking part advised that they should host their own. And thus, the Legan Nifty 50 was born.

The Irish Cancer Society was chosen as the beneficiary of the first-ever run back in 2010, a tradition that continues to this day. It was chosen not only because of the fantastic work they do, but also because of the impact cancer has had on both the Mannion family and people of Legan.

John explained, “We started doing it for the Irish Cancer Society really because my uncle Mick and uncle Pat both died from cancer. We kept going for cancer and then a few more of our neighbours around got sick, so we decided to stick with the ICS again.”

If that were not reason enough, John and his family were struck with the aftermath of the disease once more as John’s brother, James, tragically passed away. This has made them even more determined to succeed and continue raising money for a very vital cause. To date they have raised in excess of €30,000, a noble feat for such a small crew.

“We have had a lot of our neighbours in Legan die from cancer as well,” John explained.

“We will be doing it again next year too, without doubt.”

John says the event is more than just a fundraiser, with those involved seeing it as more of a social gathering. The convoy of bikes will depart Legan on May 12, taking in Ballymahon, Moyvore, Ballinacarrigy and Raharney along the way, before making their way back to Legan, though not without a few stops along the way.

Following the completion of the run and once the final bikers make their way back to Mitchell’s in Legan, a night of entertainment is in store. There will also be refreshments provided and a raffle, with a huge amount of prizes already donated.

John said to the Leader, “It is a great social occasion. A lot of bikers come and then after its all over we have a raffle with some great spot prizes. The bikers are usually happy going home, as nearly all of them get a prize because we have that many to give away.

“The town of Longford and people of Westmeath have been excellent in helping us out with prizes. Last year we had 120 spot prizes and this year we will have more again.”

John noted that the success of the event is down to the support shown in the locality and took time to thank everyone for all of their help.

“I would just like to thank all of the shops and everyone who has helped out. We can’t thank them enough.”

The team are already on the road in the lead up to the event, though they don’t have their bikes with them just yet. Instead, they are taking to local communities with sponsorship cards, asking people to donate what they can to participating drivers.
“We go out nearly every evening with the sponsorship cards. We sell about two cards an evening, in Legan, Abbeyshrule, Ballymahon, Ratharney, Ballinacarrigy, whatever place we can hit.”

Those who would like to take part and help out this very worthy cause can still do so, though you must be road legal and be equipped with the full safety gear on the day.

People can also donate by contacting both of the above numbers.

“They can write a cheque out to the Irish Cancer society and give it to any of the committee members.