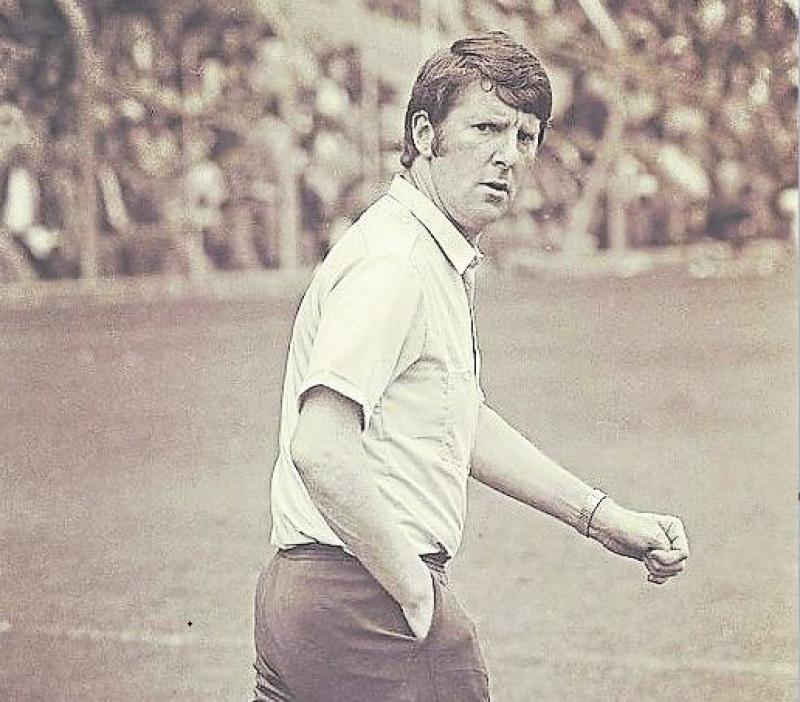 Eugene McGee during his managerial heyday at Croke Park

Whatever about Eugene McGee’s many passions, one stood head and shoulders above all others-sport and more specifically GAA.

Described as a “giant of Gaelic football” and “ahead of his time” a large slice of that notoriety came courtesy of his role in steering Offaly to All-Ireland success in 1982.

It was a feat which will forever be remembered as David slaying Goliath in footballing terms as it famously prevented the Kingdom from achieving the game’s first five-in-a-row.

He enjoyed managerial spells with Cavan and Longford, and he also managed the Ireland Compromise Rules side.
Eugene cut his teeth in the coaching realm with UCD where he guided them to Sigerson Cup and All-Ireland club titles and locally he took charged of Colmcille, Dromard and most notably Cashel.

South Longford side Cashel had promised plenty but delivered little following their promotion to the county’s top footballing tier in 1969.

Without a championship victory to their name in the following half decade or so, salvation would come after the much sought after Aughnacliffe native attended a Leader Cup presentation night in the Rustic Inn.

“He said to a few of the lads after we won our first senior trophy: ‘That’s a team I could do something with’,” said former player and current club chairman Martin Skelly.

“Now, there might have been a few drinks taken during the early hours of the following morning, but an approach was made during early 1977 and that was it.

“We had been promoted from Intermediate and year after year we were pipped at the post by a great St Mary’s Granard team. We had gotten so close, but we just couldn’t win a senior championship match.”

By July the following year, it was all but a distant memory as Cashel not only ended that niggling hoodoo but did so by seeing off near neighbours Rathcline on a final scoreline of 2-8 to 0-13.

Skelly can still recall those celebrations and the side’s remarkable journey which ensued, topped off by the side’s march to Connolly Cup glory the same year.

It was an incredible achievement and one which Skelly lays at the door of one man and one man alone.

“As the song went which was written by local man Pat Carberry ‘Kerry have O’Dwyer, Donegal have McEniffe, but Cashel have the best one, the man from Aughnacliffe” the former Leinster and Co Board Chairman recalled.

“His attention to detail was phenomenal. Every player would have been given a note before a game telling them what to concentrate on.

“He will forever have a special place in the hearts and minds of all Cashel people. We did have some very good players at the time, but Eugene was the man who was able to bring us together and make us into a team. He made the difference from us being also rans to championship contenders and ultimately champions.”

In more recent times, his role as chair of the GAA’s Football Review Committee led to the introduction of the black card and advantage rule.

Whatever about its workings and those who remain to this day skeptical about its interpretation, for personalities like Skelly it was a measure which illustrated McGee’s deep seated desire to clean up the game.

“History will remember him in a very, very positive way. He was an innovator. Despite what some people may think about it, the days of the pulling and dragging, a despicable type of foul, the Sean Cavanagh tackle is almost non existent now and that’s down to him.”

Former Co Board Chairman TJ Ward paid his own tribute this week, describing the father of two as “a man of honesty and integrity” who will never be forgotten.

“Eugene was a deep thinker on many and varied subjects including and indeed particularly Gaelic football and the GAA in general with insightful opinions and observations. Despite his well published success with Offaly and a stint with Cavan, UCD and Cashel he always was a proud Longford and Colmcille man.”

Long time Co Board Secretary John Greene said while there were no airs and graces about his former GAA contemporary, there was no denying the instantaneous regard and esteem in which he was held by his peers.

“He was probably more comfortable talking to a crowd of 500 people than a single individual.

“He was direct and would tell you straight what he thought but I didn't find anything wrong with that as I wouldn't have been too far behind him myself.

“Above all else, he was a top class coach and an excellent, excellent journalist. He was a layman's man.

“When Eugene put pen to paper or spoke, people stood up and listened. That was him, that was Eugene McGee.” 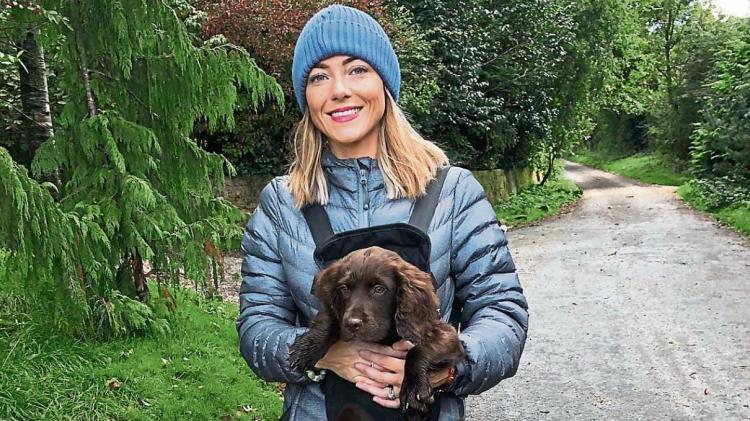