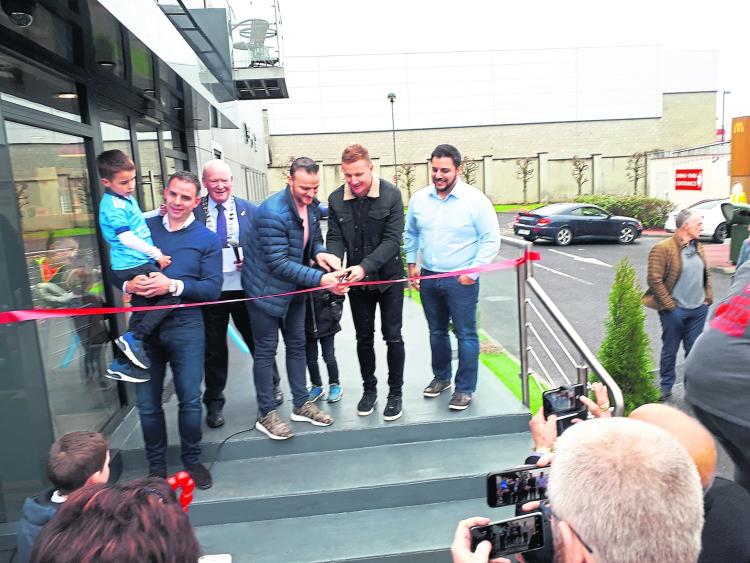 It may have taken eight weeks to build, yet judging by the large crowds and excitable faces which turned out on Sunday to witness the opening of a brand new extension to Longford's Pizza Hut store, it was very much worth the wait.

Five times Dublin All-Ireland winning footballer Ciaran Kilkenny and Mullinalaghta's Donal McElligott were the star attractions for an occasion which was as much about the very finest in kind hospitality and family fun as it was architecural excellence.

From almost as soon as pulling into the surrounds of the N4 Axis Centre on Sunday afternoon, the welcoming sights of some famous entertainment characters to the booming discotheque sounds of a DJ could be seen.

Inside, visitors took time to get a closer look at the new facility which, despite being a global name, is very much locally run.
Open from 12 noon daily, the finished product can seat up to 30 diners at any one time and comes equipped with new bathroom facilities, USB ports and much more.

A tent positioned just yards from Pizza Hut's new plush surrounds afforded youngsters (and adults, if they so desired!) the chance to get their faces pained and a baloon hand crafted in their chosen design.

In terms of the formalities, messrs Kilkenny and McElligott helped cut the ribbon before Cathaoirleach of Longford County Council Cllr Luie McEntire gave a short, but witty speech on the overall success of the event itself.

There were warm words of appreciation directed Longford chartered engineer Mark Cuningham's way, as there was for the many other stakeholders involved in the project.

The Fianna Fáil stalwart paid tribute to Mr Cunningham's steadfast willingness to provide local employment to construction firms while also managing to “put a roof over the head” of scores of families up and down the county.

While that brought a cheer from those watching on, for many it was a case of a job well done as a fresh pizza history was made at Longford's N4 Axis Centre to the delight of young and old alike.