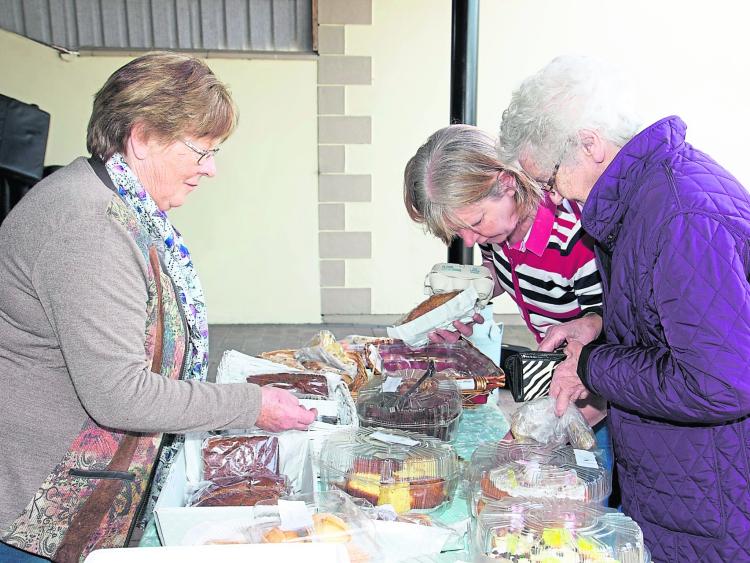 The phrase ‘shop local’ holds a particular relevance when it comes to the people involved in the Granard Buttermarket. For everything provided by the team has been produced within the locality by the members themselves.

The Granard Buttermarket is a community-run venture in the heart of the town. With official records dating back as far as 1892, the market began as a bustling business and thriving hub in one of Longford’s busiest towns, with people coming from as far as Dublin to acquire produce.

“At the beginning of the 19th century, this place would have been thronged with people. They would have sold pigs, chickens, milk, meats, butter, a bit of everything here. We have records as far back as 1892, but it would have just been just a meeting place before that.” Chair of the Butter Market, Helen Donnelly, told Kevin of the Leader.

“In those days, butter was a very good substance to have, as cows didn’t milk over the winter. So the only way people had of producing the same protein was to make butter out of milk when it was plentiful. The buyers from Dublin markets would get the train down to Ballywillan and come over here to buy their stuff.

“They would buy the potatoes, eggs, butter and put it on the train and go back up to Dublin. Some of it would have even gone over to England. It was one of the main hubs in Granard.”

It was butter that played a pivotal role in the development of the market, which remained in full flow until the commencement of the first World War. This was when it unfortunately ceased trading and this remained the case until 2016, when the local community came together to revive what was once a focal point of the area. The man who pioneered the initiative was the late Sean Howard.

Helen remarked, “Sean’s vision was to create a sustainable energy centre, or to get it as sustainable as possible so it would cost nothing.

“He got a committee together and they started to pull together an idea. When the boom was going we had big plans and were going to spend €250,000 on the place.”

“It was a long time idle and it was an eyesore really,” committee member Nancy Carr added.

Following the passing of Sean, Helen and the other committee members set out to make Sean’s dream a reality. Their tireless efforts to get the market back to its former glory days were finally rewarded, as the community received a grant of €50,000 under the town and village renewal scheme.

This enabled the team to get to work on restoring the market back to its prime and in 2017, the market finally reopened its doors. Minister Ring officially relaunched the market in October 2017 and it began trading for the first time in 93 years the following spring.

Upon restoring the market, the committee tried to keep any restorations as close to the original as possible. All of the renovation work carried out on the market was complete by local tradesmen.

“John Joe Reilly completed the build and all of the other bits. We tried to keep the building as original as we possibly could.” Helen said.

Nancy added, “Seamus Ross did all of the stone work. It was all put back the same. The gates were restored by Eamon Creamer and are painted in the same green paint as they were originally.”

The market is now held every Friday at Market Street in Granard, running from 10am to 1pm in the afternoon. Comprised of locals, the market offers the people of Longford a chance to get their hands on some homemade, Longford produce, while also offering them the opportunity to test the waters and sell some of their own stuff.

Helen explained, “It is a nice social meeting point. It is a hub for a very small industry and people who want to explore their own little ideas.

“It costs nothing, except what they put into the products they make. They can bring it in, sell it. The more people they bring in the better, that is what business is about. It is just a lovely community space. Anyone can use it, that's what its for. It is for the people.”

Some of the items sold as part of the Buttermarket includes fruits, vegetables, jams, flowers, art, books, eggs, honey, boxty, cakes and, you guessed it, homemade butter. All of the eggs are provided by local man Shane Gettings, with Ita Creegan in command of the apple tarts, buns, boxty and breads.

Angela Durkin and her husband Kevin produce the honey and they are also responsible for the production of the highly sought-after homemade butter. In control of the flower station is Margaret Small and music is often provided by daughters of Seamus Ross, Erin and Grace, making it a real community effort.

The committee is made up of Nancy Carr, Helen Donnelly, Maura Newman, Rosalyn Donnelly, Ita Creegan and Angela Durkin, who were some of the original committee members during the reemergence of the Buttermarket.

They encouraged everyone in the locality to show their support and get involved if they wish. The committee hope to inspire future businesses from within the county.

“As a group last year, we had eight young entrepreneurs between the ages of 12 and 14. They sold eggs, made cakes, everything. It was a lovely testing ground for them. Some of them may not come back as they may realise this is not for me, I don’t have a vocation for selling eggs or whatever. But at least they know it’s not for them.

“Some came in for the whole summer and felt really bad when they went back to school, but it gave them a taste of what business is all about.”

One thing needed at the Buttermarket is a power supply, something they hope the community can help them with.

“We don’t have electricity and we are hoping to get someone who can donate some solar panels to us, so we can provide our own energy.”

“It is really just a lovely social occasion. Friday mornings, If you are feeling a bit lonely or whatever, come in, say hello and have a chat. You needn’t come in and buy something if you don’t want to. If any traders want to come in they are more than welcome. If customers come in, better again.” Helen stated.

The committee will also play host to their Show dance this coming July, so stay tuned to the Longford Leader for more information on that.

In the meantime, they will look to improve in any way they can.

“We are never satisfied. We never stand still and we are always hoping to improve.” Nancy concluded.