Roving Leader: Get the sleeping bags ready for Longford's Sleep Out for Simon 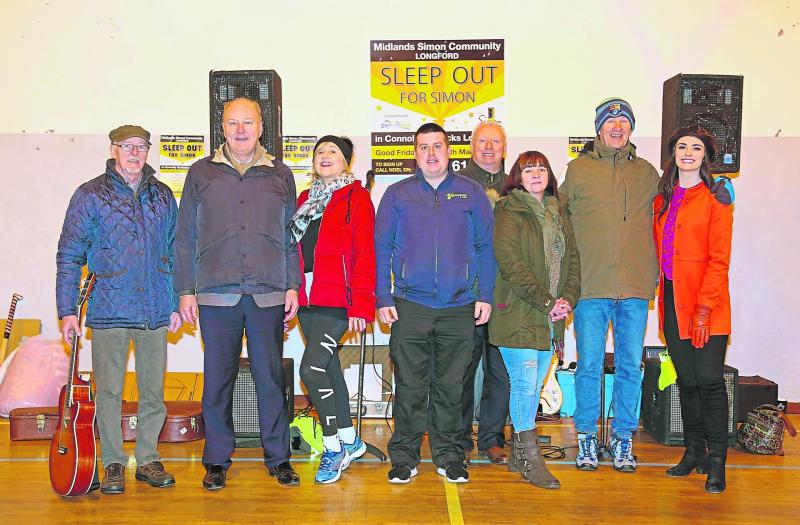 The Midlands Simon Community are set to play host to their fourth annual Sleep out for Simon event this coming Good Friday, April 19. The fundraiser was one piloted by Longford man Noel Greene four years ago.

“When I started working with the Midland Simon Community in Longford four years ago, we didn’t have a service here in Longford. So that was foremost in my thoughts,” he said.

“We then set about raising funds that would enable us to provide a homeless service in the county.”

This led to the organisation of the maiden Sleep out for Simon event and the fundraising initiative has since raised in excess of €60,000. Funds raised have helped develop a 10 apartment building on Earl street, opened in 2018, for those in need.

The first year saw the team raise just over €32,000 in total, with between 200-250 participants. The event has continued to raise over €10,000 every year since and has been continually supported by Kiernan Structural steel.

Noel said, “The first year it really took off as an event and over 200 people attended on the night and did the sleep out. On that occasion we raised over €32,000, which was an outstanding start.”

The night itself is more than just a charitable endeavor and has been described as a fun night for all involved.

The night will kick off from 9pm at Connolly Barracks, with a welcome address at 10:30pm. Participants will be entertained with a sing along from 11:30pm to 1:00am, hosted by local talents Des and Aisling Rynn. Food will be supplied by Herterich's butchers.

All that is required from participants is their attendance, as well as some warm clothes, a sleeping bag, cardboard, a pillow and a hot water bottle, not to mention their dancing shoes. Sponsorship cards can be obtained through Noel Greene by calling 0879615766 .

“If somebody doesn’t have a sponsorship card already and feel like they want to take part, they are still very welcome to come along and they can still contribute something on the night.”

Noel stressed the importance of an event like this in allowing the Midlands Simon community to continue their tireless work. He also warned that the homeless crisis in Ireland is a lot worse than figures allude to.

“It is still a serious crisis,” said Noel of homelessness in Ireland “There are over 10,000 people still homeless and that figure only takes into account people that are living in emergency accommodations.

“That figure doesn’t take into account, and a lot of people might miss this, people that are sleeping rough or couch surfing or on the street. ”

He urged everyone to come along on the night and get involved.

“Just come along on the night. It is very much a social and enjoyable night. We have quite a bit of fun.

“It gives people the opportunity to experience just for one night, what many homeless people have to endure every night of the week. We would really like to get as big of a crowd as possible.”

According to the Department of Housing there were eight homeless people in Longford county as of January 2019.

Read also: Sleep out for Simon community on Good Friday