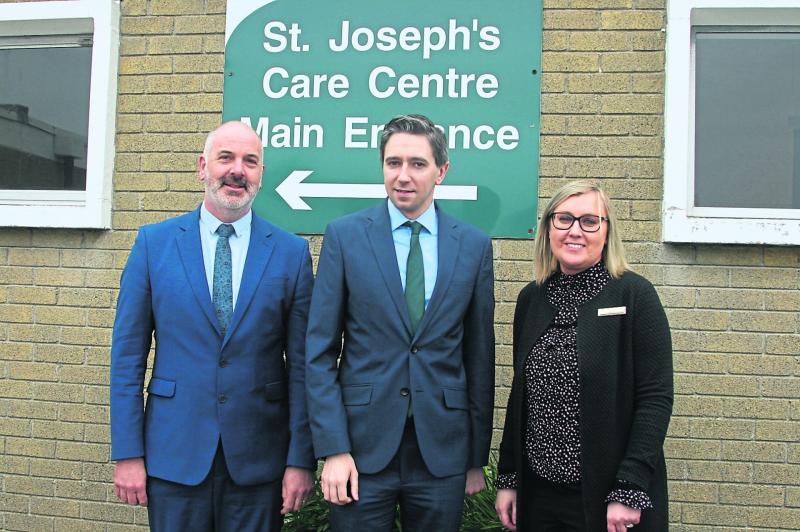 Following on from an original announcement made in September 2017 which signalled a multi million euro investment in the Dublin Road facility, the Fine Gael minister took time to get a closer look at how planned refurbishment works are progressing.

It's hoped both the first and second phases of the seven figure investment will be completed by 2021.

“This is something I have been fighting for for years,” she said.

“What it also shows is that all the scaremongering and political rubbish that's going on with the National Children's Hospital is not impacting on Longford.”

Cllr Micheal Carrigy said he too was pleased to see Mr Harris in town.

“The minister also met with committee members of Longford Hospice to discuss their plans for this much valued service for the future,” he said.