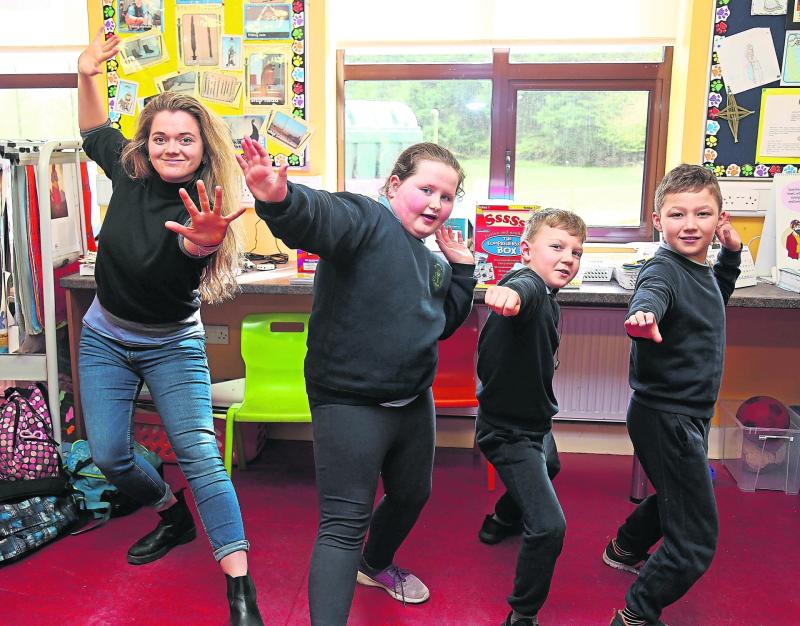 Children are fluent in the art of storytelling and now they're invited to put their imaginations to the test as The Backstage Theatre launches its new Playmaking programme in conjunction with artist in residence Maisie Lee.

Maisie is working with children between the ages of nine and 12 to encourage them to write a story, which they will see come to life on stage when they're performed by real life actors before their eyes.

Children with lively imaginations are invited to take part in the exciting project which is the first of its kind at Backstage Theatre.

The selected playwrights will work alongside a professional director to help make their story the very best it can be.

Best of all, they'll also have their play performed at the Backstage Theatre during the Aisling Children's Arts Festival and at Roscommon Arts Centre.

“The chosen plays will have the full bells and whistles - music, costume, everything,” said a very excited Maisie about the project.

“It’s a relatively new idea in terms of making work for children’s audiences and young audiences and this idea of involving children in the process and I think that’s the most important thing: the children are involved in the process, not just being expected to turn up as an audience member - they’re there from the beginning and they feel an ownership of the work.”

Most importantly, the project teaches children that there's nothing wrong with letting your imagination run wild from time to tie - some of the most fantastical stories ever begin with a little daydream.

The project invites children to put their daydream on paper - no matter how crazy their ideas are. Nothing is off limits.

To apply for this programme, children can simply write a short story of approximately 400 words. Spelling and grammar won't be judged - just imagination and creativity.

Entries can be emailed to playmaking@backstage.ie no later than May 24, or dropped in or posted to the Backstage Theatre, Farneyhoogan, Longford.

Those selected for the programme will participate in two week-long theatre- making workshops free of charge in July or August.

This will be followed by individual sessions with a professional theatre director to develop their final play.

After that, it's on to the big stage where other children will see the performance in all its glory.

Read next | Playmaking: teaching kids in Longford the language of theatre