"I hope this happens no one else after what my three babies went through," woman tells court 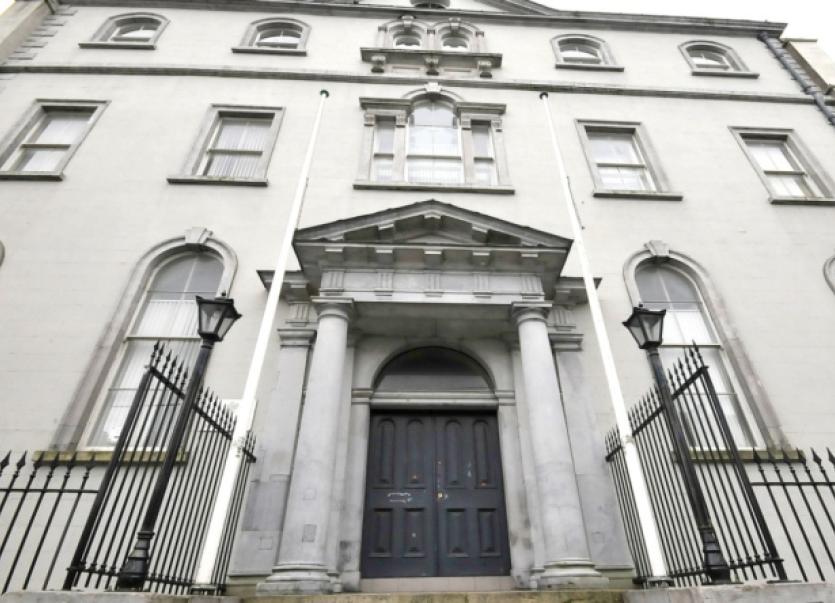 Two men were last week cleared of trespass and criminal damage charges following an incident in Kenagh over a year ago.

Two men accused of trespass and criminal damage to their next door neighbour’s house have been cleared by Judge Seamus Hughes.

John West (51) and Michael O’Brien (23) both of 40 Casey Court, Kenagh, Longford had pleaded not guilty to trespass and damaging property belonging to next door neighbour Simon McDonagh at 41 Casey Court, Kenagh on December 20 2017.

In his direct evidence to the court, Mr McDonagh claimed both men knocked at the door of his family home for alcohol, but were refused by his wife Mary Ellen McDonagh.

He said a short time later, both Mr West and Mr O’Brien returned armed with a bellhook and pitchfork.

“I heard the windows smashing,” he said.

Mr McDonagh said once inside, the pair grabbed his wife and held her down.

In the ensuing struggle which followed, he claimed he and his family were forced upstairs and into an upstairs bedroom until gardaí arrived.

“There was an altercation in the hall, my wife was held down with pitchforks in her own house and all we could do was lock ourselves in the room and they put the pitchfork and bellhook through the door where my three small children were,” he said.

“There are holes in walls and we threw a wardrobe up against the door and they left holes in the door to try and get in on top of us.”

Mr McDonagh, himself, was arrested a short time later after breaking the front window of his alleged assailants home.

Under cross examination from defence solicitor Gerry Cullen, Mr McDonagh rejected assertions he also targeted Mr West’s car but did confess to threatening to break the legs of both defendants.

“You shouldn’t be allowed to be attacked in your own home,” he said.

“It was a couple of days before Christmas and we had just finished our Christmas shopping with our children.

“I know exactly what I done and said that night. I told Michael O’Brien and John West that I would get their legs broke.”

He also flatly denied assaulting Mrs West with a bottle, claiming it was she who provided both men with the weapons to attack their home.

“Absolutely not,” he told Mr Cullen, when questions were put to him about his alleged involvement in an alleged incident which required her needing five stitches.

“I don’t believe she was hit with a bottle. How do you know she didn’t do it herself?

“She came into the house and she was the one who actually gave them the weapons.”

He was likewise asked why an initial statement given to gardaí was not as comprehensive as the direct evidence given to the court last week.

“We were in a bad state.

“We lost our home, one child we have had to take out of school because we lost out house and it absolutely broke her heart that at four years of age we had to enrol her in Strokestown but she never settled there.

“Our lives are only back on track in the last six months.”

Mr Cullen put it to Mr McDonagh that the injuries sustained by Mrs West meant it was he and not his clients who had in fact carried out the damage.

“Are you serious?” Mr McDonagh shouted back at Mr Cullen.

Mr McDonagh labelled as “lies” allegations made by Mr Cullen that Mr West had, in fact, been visiting the house of another individual at the time.

However, the case was ultimately dismissed by Judge Hughes due to confusions over the level of forensic comparison analysis taken from samples at the scene.

“Samples should have been retained for further inspection,” said Judge Hughes, as he dismissed the case.

It was a judgement which caused Mrs McDonagh to jump from her seat to shout: “I was put down by these two men in my house where my three children were in bed and you tried to pull my top off Michael O’Brien.”

As both Mr and Mrs McDonagh exited the courtroom, Judge Hughes ordered the pair’s return where he spelled out his reasoning for throwing out the case.

“There was a technical rule and it has nothing got to do with what happened in your home,” he said.

“Unfortunately with that technical rule there is a standard that has to be reached and it wasn’t reached and that’s no fault of you or your husband or the defendants.

“The fact I am dismissing the case doesn’t make them innocent.”

Mrs McDonagh replied: “On that bible they are guilty.”

Judge Hughes bound the married couple, who were both charged with public order offences as a result of the incident, to the peace for 12 months.

“I hope this happens no one else after what my three babies went through,” said Mrs McDonagh as both she and her husband made their departure.