History is set to repeat itself at the ploughing in Granard 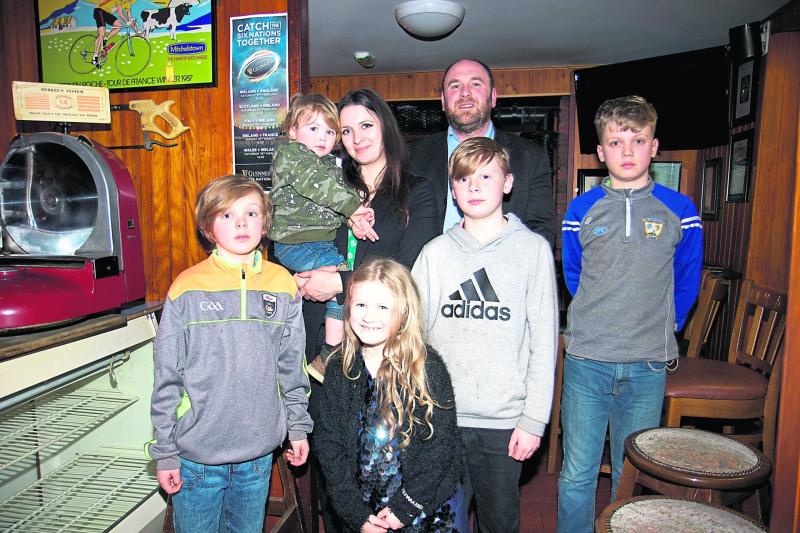 The saying goes 'history repeats itself' and that will be the case this Sunday, March 24, as Patrick Durkin and his family get set to play host to the 85th annual Longford Ploughing championships on their lands in Rathcronan, Granard, for the first time in forty years.

The family previously hosted the event back in 1979 and Patrick told the Leader it is a great source of pride for him and his family to host the ploughing on their land once again, especially after the recent passing of his parents, Paddy and Mary.

“When we got notified that they had selected our ground to host the championships, we were really proud. We lost both parents last year, so it was quite a poignant thing to have it there again this year.

“We are delighted to be hosting. We are co hosting with our friend and neighbour, Sean Donohue,” he said.

Paddy and Mary both held a huge interest in the ploughing and farming and although they never actually competed, Patrick said his father, who ran a beef, sheep and suckler system, always kept and eye out for the dates of the ploughing in the calendar.

In fact, Paddy continued farming right up until falling ill. Patrick and his young family retain the same passion for agriculture and continue to farm to this day.

“They were people of the land and they loved everything to do with farming. So it is lovely to have the ploughing there this year in their memory too. They would be as proud as punch looking down and seeing everyone enjoying themselves.

“My wife Ann Marie runs a calf to beef Hereford programme. We are both very interested in agriculture and we have continued with the sheep farming, beef and sucklers. Although we have other businesses, farming is a part of our daily life.”

This year’s event also marks the 40th anniversary of the death of local ploughing enthusiast and stalwart, Liam Kiernan, who died suddenly at the event on the Durkin farm back in 1979.

“He will always be well remembered,” Patrick said.

Patrick said the stage is set for the upcoming championships, with conditions in Granard well up to scratch.

“It is in a very good field, which is very level with good Granard soil. Granard has some of the best soil in the country. It should be a very good showcase for the men and women of the plough.”

Patrick lauded the Longford ploughing championships as one of the best events in the country and called for more governmental support to enable events such as this to grow bigger and better.

He said future investment in the ploughing is vital to encourage more youth to become involved.

Patrick told the Leader: “I think we really need to invest in things like the ploughing and other outdoor events, to really try and our younger generations into it.”

Patrick noted that the ploughing wouldn’t be possible without the tremendous effort put in by the committee each and every year.

Patrick said: “It brings between 2,000 to 2,500 people every year, making it the second biggest outside of the National Ploughing championships.

“There is an amazing committee behind it. It is incredible to see how committed the background team are, who grow it year on year.”

Patrick issued a welcome to all potential visitors of the upcoming championships and called for locals to support this year’s festivities on its return to North Longford.

“It really is an event that should be supported locally,” said the father-of-five.

“We want to welcome the ploughing committee to Granard on behalf of the people of North Longford. Hopefully we can try and keep it up this neck of the woods for a few years.”

Patrick said Granard is as good as place as any to host the ploughing and he and his family will re-open their farm gates to the people of Longford Sunday, March 24.

In 2008, Sean Donohue and his family also played host to the Longford ploughing championships on their lands near Granard in the county.

“I think 2008 was the first time we ever hosted it. We ran the whole show that year,” Sean told the Leader.

“It is probably a good sign when you see them coming back to us again, we must have done something right somewhere along the way.”

The family are well-known in the area for being the proprietors of John V Donohue’s bar in the town of Granard, an establishment first opened over ninety years ago by Sean’s grandfather.

The family also run their own drystock enterprise and keep a few horses on the side.

“We have the pub here in the town and we have about fifty acres of land on the edge of town. We graze bullocks over the summer months and keep a few horses as well,” Sean noted.

It is now eleven years on since that day in 2008 when the ploughing last graced the fields owned by the Donohue family and the championships are set to make a triumphant return to the same farm this Sunday.

The family are not directly involved in the competitions having never actually competed, though the have always held a strong interest in the championships and agriculture as a whole. The event this year will be primarily located on the farm of Patrick Durkin, which neighbours Sean's land.

Sean stated: “The majority of it will be held on Patrick’s land and I am facilitating the overflow.

“We ourselves never really did any ploughing, not in my day anyway,” he said.

Sean’s land has previous history hosting ploughing of some sort prior to 2008, but he concedes that this was ‘well before’ his time.

He noted that the reason his land was chosen was due to its prime location near the town and ample parking opportunities.

“Some of the members of the ploughing association contacted us because, no more than Patrick’s land, it is very close to the town plus you have a lot of parking beside the land.

“It’s good for people to park and get in and out without getting stuck or dirty.”

Sean said the ploughing is not only eagerly awaited by all of those involved, but also locals in Granard.

Sean told the Leader: “It will bring a bit of vibrancy to the area on the weekend.

“It is already being talked about and it definitely will bring a bit of a stir to the town on the Sunday.”

He also lauded the benefits hosting the ploughing will bring to the businesses in the area and says his family couldn't be more proud to help bring the event back to the area.

“We are hoping people will stay around and make a day of it.

“It is a great family day out.” he concluded.

Sunday March 24, be there as history repeats itself before your very eyes.

Read next: Eighty-five-years not out for Longford Ploughing Championships