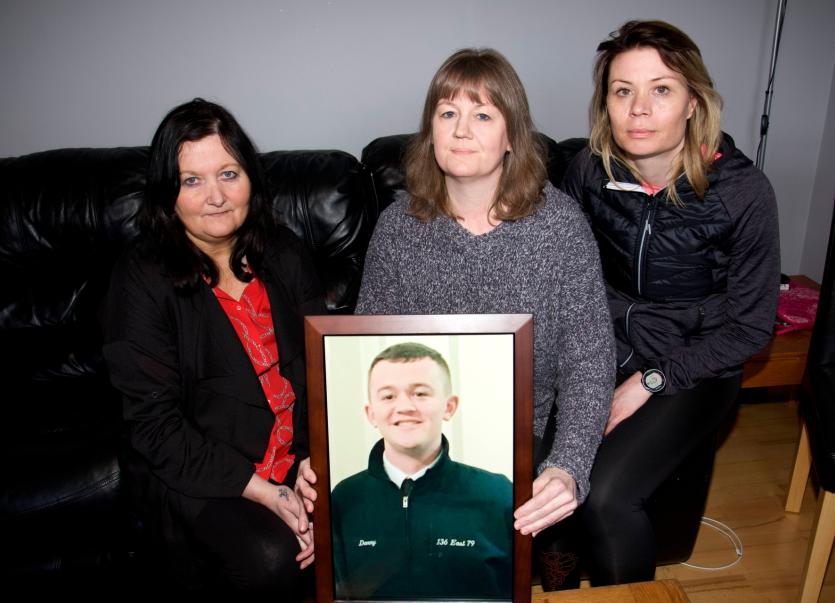 In November of last year, a dark cloud descended around the town of Drumlish. For they had lost one of their prodigal sons, Danny McGee, a 21-year-old who died after an alleged assault in New York.

But as dark as that cloud may be, there is a feint silver lining peeking through and it’s all because of the unofficial King of Drumlish, Danny. In his honour, members of the local community have rallied together and embarked on a series of fundraising campaigns, the latest of which is the biggest one to date.

The team are hosting a fundraiser dance which takes place in the Longford Arms Hotel on March 18, kicking off at 8pm. All funds raised will be shared between St Christopher’s and the Kevin Bell Repatriation Trust.

Organiser Elaine Farrell said: “I was with Colleen (Danny’s mother) when she got the news that he had died and the whole process of trying to get his body home was enormous. We never dreamt or thought that we would have any contact with the Kevin Bell Repatriation Trust.

“We’ve seen the great work they do and I personally couldn’t thank them enough for everything they have done. It’s a fantastic organisation.”

All of the acts on the night hail from Longford county itself, including Declan Nerney, Brave Giant, Cronin, Nite Fever, Busy Fingers, Top Shelve and even one of Danny’s personal favourites, Mick Flavin.

Organiser Alice Connell explained: “They were all more than willing to give their time.”

Elaine Farrell told the Leader: “Danny used to play a Mick Flavin CD over and over again. Maria’s Heading to California, that was his favourite song which he only grew to love when he went to America.”

The upcoming event has not only brought the community closer together during this tragic period, but also ensured that Danny’s legacy will live on forever. There is a real community force behind the fundraiser, with all corners of the county showing their support. For example, Martin Mulleady is behind the organisation of the musical entertainment, with the help of Philip Rogers and Joe Keenan.

Danny’s mother Colleen told us: “The community support has been unbelievable from the start. Danny made himself known to everybody from when he first came here — young, old, everybody. He did leave a legacy I think,” Colleen added.

Danny also had a lasting impact on sports in the region, as a player with Gaels Utd, Fr Manning Gaels and several other teams. That’s why the chairpersons of both Gaels United and Fr Manning Gaels have also lent a helping hand in the organisation of the event, as well as Danny’s own friends.

Alice Connell added: “A few of his friends are heavily involved in it. Moyne Community School also got involved.”

Danny’s friend Shane Hawkins said: “I have been friends with Danny since I was 16 and a better friend nobody could have. He was the kindest, funniest, most genuine, true gentleman one is likely to meet.

“One of Danny’s greatest traits was his ability to turn any story into a positive one. Without fail, you always knew that the second he started to speak, he’d have you laughing” Danny's friend Niall Heslin added.

Tickets for the dance are €10 and can be purchased from local committee members, the Longford Arms and many other retailers in the Drumlish locality.

Colleen said: “I would like to thank people for all of their help. The outpouring of support from the local community and Longford in general has just been unbelievable, something I never would have expected.”

“He loved Drumlish. He missed his home,” Colleen said.

Alice Connell is greatly looking forward to the night: “It’s very tough on Colleen to have to deal with this after such as short time, but it’s nice to keep his legacy and memory alive.”

Danny may have been lost before making his way home to Drumlish, but as the saying goes, you can take the man out of Longford, but you can't take Longford out the man.

“If Danny was still here, he would definitely be involved. That’s the kind of thing he liked to do,” Elaine concluded.