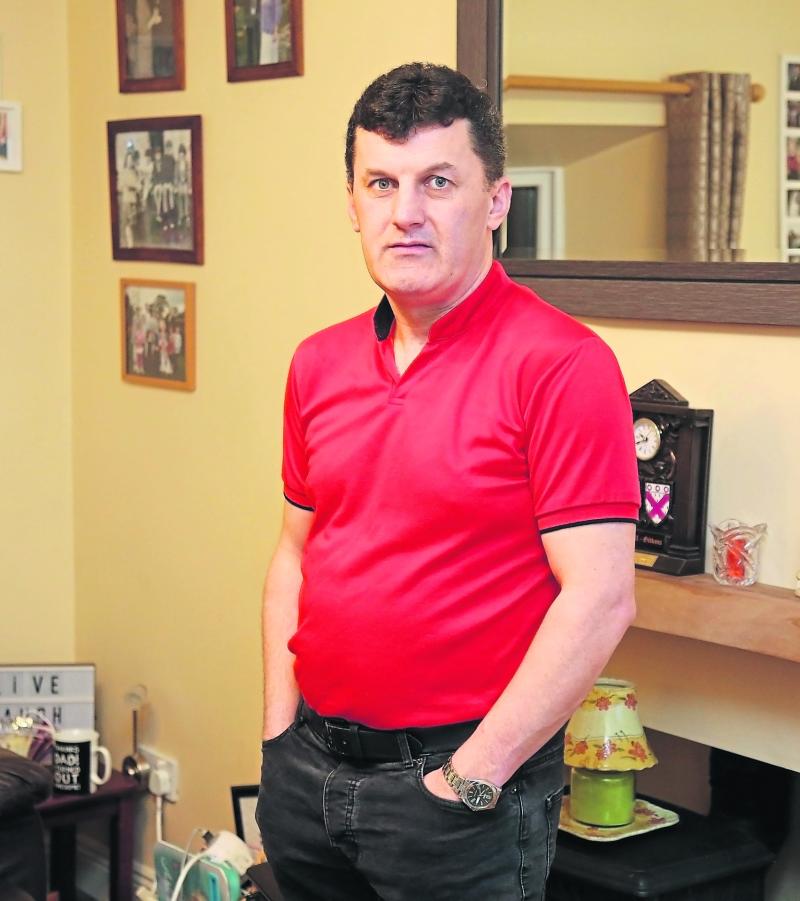 As the March 29 Brexit deadline looms, it was the overwhelming reaction to his video where he recommended that Longford should leave Ireland in a ‘Lexit’ deal which gave Jimmy Jests the motivation to create further comic sketches.

Edgeworthstown’s Jimmy Connell is the man behind the creative and hilarious Jimmy Jests.

The Jimmy Jests Facebook page, set up last September, has almost 10,000 followers and one of his videos, the ‘Three Day Hangover’ has been viewed almost one million times while the one about sending urgent help to Mullinalaghta following their historic Leinster club final victory attracted over 150,000 views.

Initially, Jimmy was part of an online comedy group. He recorded a few trial videos to show the group, but, for one reason or another, they never took off. That was until he posted his ‘Lexit’ video.

The success of ‘Lexit’ gave him the bug for this type of comedy.

Jimmy takes up the story. “I did a few more about saving the turf and various others and they received similar reaction. So in September I decided to take a risk and set up a separate Facebook Page and I named it ‘Jimmy Jests’ as that’s exactly what I was doing.

“My videos are based around looking at everyday situations in a different way and putting a comedic spin to them. I think the attraction to them is that most people can relate to what I am saying and they encounter these situations on a daily basis.”

A lover of hurling, amateur drama, MC work and socialising, Jimmy describes himself as a proud Edgeworthstown man and says “this is where Cathy and I have chosen to live and bring up our kids Caoimhe (12), Patrick (9) and Cian (4)”.

Jimmy says he ignores negative press about the town. “It’s not a true reflection of how we live, and the good work being done will smother any negativity that may exist.

“It is such a wonderful community with so many opportunities for young and old. It is disappointing that the commercial aspect of the town centre has suffered as a result of the by-pass and the concentration of services in larger towns but that hasn’t stopped us from doing all we can to improve the quality of life for everyone who calls Edgeworthstown home.”

Jimmy highlights that there are many exciting projects in the pipeline including a new library, a digital hub, the regeneration of the town’s streetscape and several other initiatives.

Reacting to the recent news that Edgeworthstown is the Irish town most at risk from automation, Jimmy says he gives very little credibility to a study which uses only census data to come up with such a farfetched conclusion. “Not one of the authors of that study visited the town so I cannot comprehend how they have written us off with regards to manual jobs, I doubt a robot will pull me a pint or chat to me on the street the next time I’m in town. I take the findings with a small pinch of salt to be honest.”

In 2013, he was one of the founder members of local drama group, Mostrim Players. They are currently working on ‘The Shooting of More O’Ferrall’ which is a play of local historic interest and has been adapted for the stage by Pauline Flood. It will be performed in the Backstage Theatre on May 24 and 25 next.

WATCH | Longford's Jimmy Jests is out of action with man flu

Jimmy says his love for the stage comes from his late mother. “I can remember seeing her perform in the Auburn Hall in the early 1980s and she always encouraged us to take part in Scór na nÓg or in the Community Games Variety Acts which gave us the opportunity to tread the boards on stages all over the place including Mosney and even the Gaiety, although that was in the question time!”

Jimmy’s involvement with Wolfe Tones hurling club spans four decades. “We have a great club. I won a few county championships but my hurl is now in storage and I concentrate on training the U-10s and the U-8s which is very rewarding.”

A self-employed BER Assessor, Jimmy spends a lot of time on his own travelling and this allows him time to think about different ideas and situations which might work online.

“I have spent no money on this and I record all of my videos myself on my mobile phone so it is something that anyone can do and indeed I would encourage people to try it out as it is very rewarding.”

He adds: “Of course, there are a certain few who take exception to some of the videos and they like to express their annoyance in very colourful language but that’s not something that bothers me too much, I simply delete the comments and block from the page.”

He concludes: “I am extremely grateful to all those who have reacted in a positive way to what I am doing. If you haven’t yet seen them, then have a look as I’m sure there is something there to make you smile and if that happens, then Jimmy Jests has been a success!”