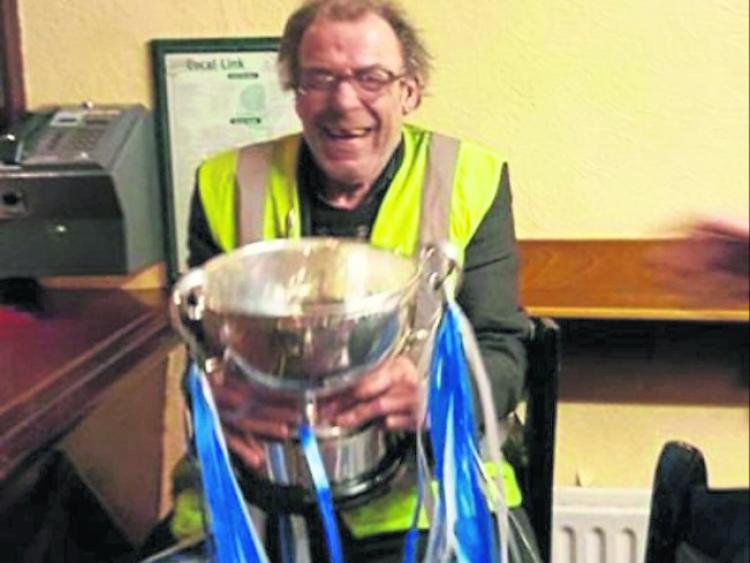 Humourous and venerable, here was a man very much revered and held dear by all who knew him.

As such, it was hardly surprising to see how the Arva native’s untimely passing last week was greeted with much sadness, sparking a wave of emotional and moving tributes across social media and beyond.

Born on September 1, 1948, it’s not unreasonable to suggest life did not come without its fair share of challenges and heartache for his loving parents Robert and Kathleen (nee Fox), Tycusker, Arva.

That would come in the immediate days following his birth as concerns surrounded the size and stature of the latest addition to the Lord household.

“He had a very small body when he was born,” said local publican and lifelong friend Padraig O’Hara this week.

“He was that small, Mrs Connelly, who was the midwife at the time wrapped him up in cotton wool and put him into a shoebox.”

But as was so often the case in predominantly rural, close knit communities of its type at the time, compassion, kind heartedness and general all round decency shone through as locals and neighbours rallied round.

It was an altruistic gesture which paid off as the young Robbie made a full and wholesome recovery.
Despite enduring the loss of his two brothers, Martin and Patrick at infancy, further anguish would rear its ill-timed head in later years when another brother, Willie, passed away suddenly in his mid teens.

A fourth brother, John, would also pass away unexpectedly some years later when in his early 40s.

But Robbie was never one to let the challenges posed by life get the better of him, a virtue which endeared him to so many across all generations.

A popular pupil at the local St Mary’s National School, he would later go on to enjoy a number of successful spells working for local construction firms as a labourer and general handyman.

One of those was with Michael Sheridan and Hallmark Homes, a stint which threw up more than its fair share of comical anecdotes.

“There was one occasion when Robbie had been sent to the well to fetch some water,” Padraig reminisced.

“But, instead of going to the well Robbie went to the pub.

“When he came back, one of the foreman said to him: ‘Robbie, there is a smell of drink off you.

“And Robbie, being Robbie replied: ‘Well, it wouldn’t be the first time our Lord has turned water into wine.”

Amusing it may have been, it was a tale which summed up the Arva native’s sharp-sighted and piercing sense of humour.

A man who, like so many of his type and generation, enjoyed the pint as much as the conviviality socialising brought with it, the large crowds who turned out to pay their respects at Church of the Sacred Heart in Arva followed by burial to Cornea Cemetery last Wednesday (February 20) was not lost on his many peers and neighbours.

“He (Robbie) had a good funeral and removal considering he never went to one himself,” joked Padraig.

“He was just one of those characters that you don’t see anymore and he will be missed.”

Alongside other well known local individuals typified by the late John Leddy and Micky ‘Bingo’, it’s not unreasonable to suggest Robbie was one of the last of a long line of inimitable figures who graced the streets of Arva and its surrounding environs.

He told of how, beneath all of the satire and witticism, there was a sincere and assiduous side to his late friend.

“You know, one thing that people might not think of was how strong Robbie was,” said Michael, in reference to his time with local firm Keith’s.

“At that time, lorries of cement, fertiliser and feed would be delivered and though Robbie wouldn’t have been the tallest, he was able to go in, lift them down and stack them no bother at all.”

It was a sight that didn’t go unnoticed by those who loved and respected the genial Arva man best.

In reflecting on that very point, Michael recalled how a “disagreement between two political forces in Arva” ended up disputing the various merits behind Robbie’s industrious work ethic.

“It was the time when (Charlie) Haughey and Garret Fitzgerald were in the headlines,” said Michael.

“The Fine Gael fella supposedly turned round and said: ‘When Garret left Aer Lingus as a statistician they had to get two computers to replace him.’

“But then the Fianna Fáil fella came back, saying: ‘Sure, when Robbie left Keith’s in Arva, it took a forklift to replace him.”

Having rubbed shoulders with him in the construction industry for four years himself, the north Longford man recalled how, whatever the occasion, Robbie was never too far away from throwing up one of his comical one liners.

“Every time we would be on the road and would pass his house, he would turn around and say: ‘There you go, we are after passing the House of Lords'.

“That was Robbie. He was a quick witted man who besides being a lot of of fun and bringing laughter wherever he went, he was a hardworking, genuine and decent man.”

And that, quite possibly, eloquently sums up one of the lasting and most engaging traits of the late Robbie Lord, one of life’s rare and distinct personalities whose ilk we will be fortunate, if ever, to see again.

The late Robbie Lord is survived by his sole remaining brother Charlie, extended family and a wide circle of friends.