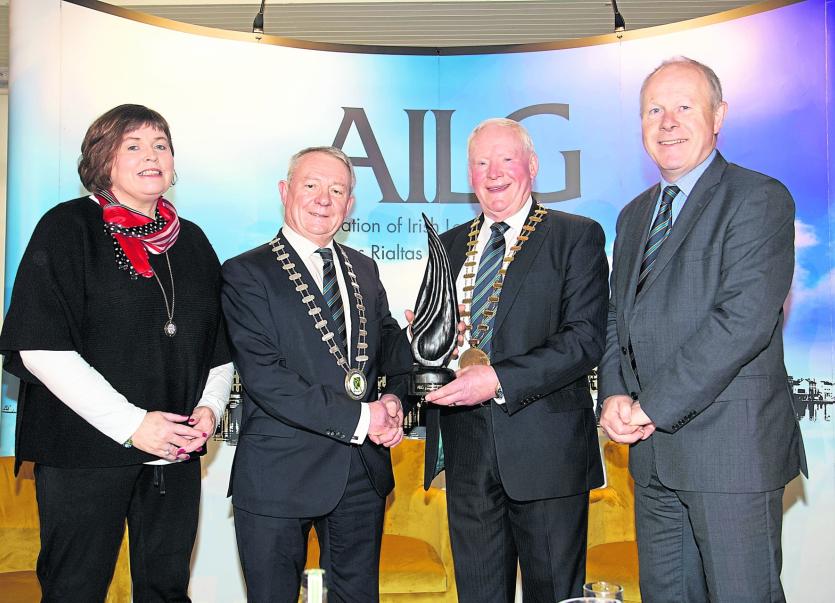 At least that was the overriding opinion of the man responsible for bringing the event to Longford for the first time in its history, County Cathaoirleach Cllr Luie McEntire.

The Fianna Fáil stalwart was elected to the AILG's top role last September, the first time the post has been held by a Longford politician.

And it didn't take long for the Dromard man to press home his new found influence as between 325 and 350 delegates and councillors from across Ireland descended on the midlands county for last week's conference.

“It was a great chance to showcase Longford's potential and it certainly went down well,” he said.

Besides his own address, there were plenty of other speakers of local interest including Longford County Council CE Paddy Mahon, Center Parcs General Manager Daragh Feighery as well as Cpl Resources founder and Chief Executive, Ballinalee native, Anne Heraty.

“The feedback has been unbelievable because a lot of the people who did attend didn't know of the many attractions that we have on offer in Longford with the waterways and the regeneration project which is really starting to take off,” he said.

Away from the business side of proceedings, there was time for the odd beverage and a rendition of songs by one of Cllr McEntire's favourite musicians - the late Big Tom. “A few drinks were enjoyed and there was a bit of singing,” he said. “It was a great couple of days and it couldn't have gone any better.”