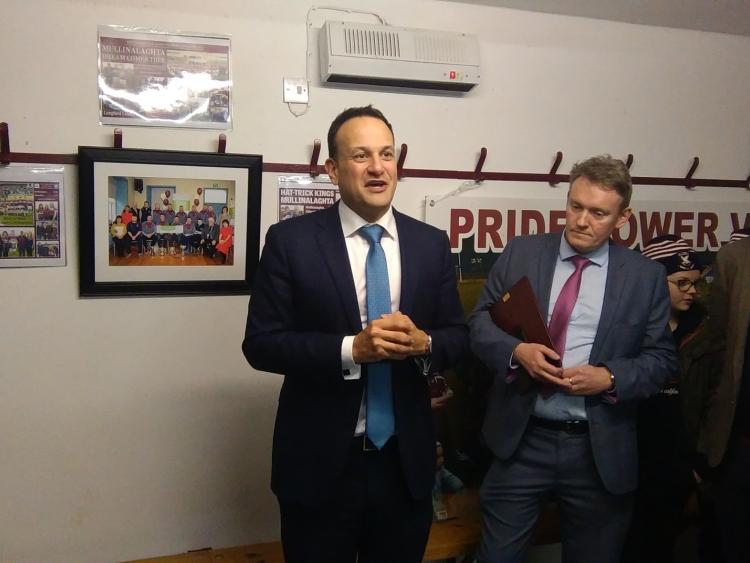 Taoiseach Leo Varadkar has tonight paid tribute to the "inspirational story" behind Mullinalaghta St Columba's march to the brink of All -Ireland glory.

The Fine Gael leader stopped off for a cup of tea en route to his party's European selection convention in Mullingar following the Longford Senior Football champions progression to the All Ireland Club Championship semi final.

Privileged to call into Mullinalaghta GAA. The club that inspired every small community in Ireland and showed us that in sport and life, anything is possible. pic.twitter.com/LJ2vMYEHUd

Upon his arrival at The Laurels, he was greeted by local parish priest Fr Simon Cadam as well as players and members from the side's management personnel.

One of those, club stalwart and selector Paddy Brady welcomed Mr Varadkar as a large crowd of interested observers watched on.

"For the last three years and especially the last six months, the people of Mullinalaghta have been living in a bubble," he said.

"The words Brexit and hard border were substituted for Leinster, Kilmacud and Dr Crokes."

Eurooean selection conventions or otherwise, Mr Varadkar said it was the chance to visit the small, rural north Longford community was an opportunity he could forego.

"I couldn't pass so near to Mullinalaghta without calling in because the story has been an amazing one over the past couple of years " he told those present.

"Everyone who has been interested in sport, and even the ones who aren't, have been following this so closely and it's been such an inspiration to see a club, a small community and a half parish with a population of 400 people being so successful."