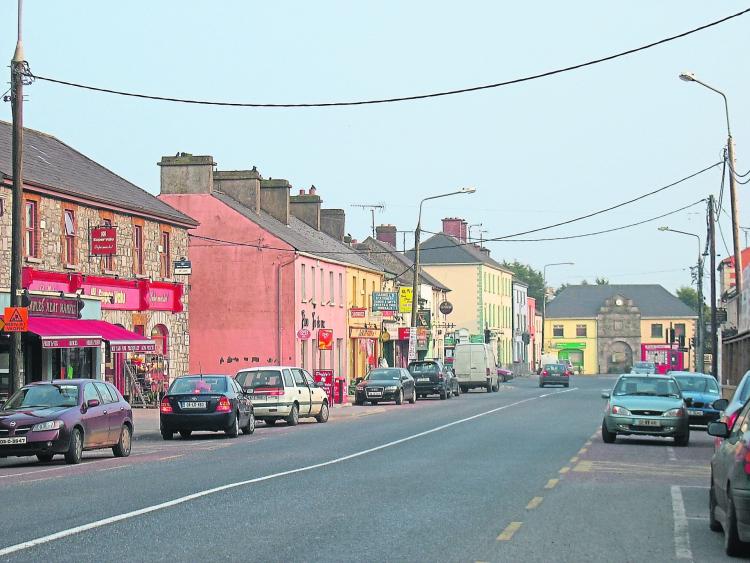 Edgeworthstown is to benefit from €1.2m in regeneration funding

Last week's announcement of €1.2m for Edgeworthstown under the Rural Regeneration Fund was warmly welcomed at a special meeting of Ballymahon MD last Friday morning.

The money will be spent on the enhancement of the town and upgrades and alterations to the existing public realm.

Improvements will include footpaths, tree-planting, street furniture and lighting, alterations to car parking, signage and all associated site works.

The proposed development forms an integral part of a wider regeneration plan to provide a focal point within the town centre, improving pedestrian accessibility, connectivity and amenity within Edgeworthstown overall.

Senior Executive Officer, Terry Rooney, who is the head of the regeneration team in Longford said that this funding was “hugely welcomed” by the entire team.

“It’s a great announcement and it’s really about putting the heart back into Edgeworthstown,” he said.

Cathaoirleach of Ballymahon Municipal District Cllr Paul Ross made his delight very clear at Friday morning's meeting, saying that the €1.2m announced last week brings the total amount of funding for Edgeworthstown to nearly €4m, thanks to previous funding granted for the development of the business hub and local library.

“This is a huge investment in the town. It’s a huge vote of confidence in the town by the council and by the government,” he said.

“I have to give absolutely massive credit to not just my council colleagues, but to Paul Newell, Terry Rooney, Barbara Heslin and the regeneration team in Longford town who have really pulled out all the stops to deliver this project and to deliver the money as well.”

And the town has already seen improvements over the past few years, he added.

“Five years ago the town’s biggest social issue was unfinished estates and once again, Terry and the regeneration team have done absolutely fantastic work there,” he said.

“Every single estate has been taken in charge in the town. They’ve all had their footpaths done, they’ve all had their lighting and sewage sorted out and you can see that regeneration in the housing estates in Edgeworthstown already, where an awful lot more houses are being occupied.

“There’s actually a housing scarcity in Edgeworthstown now, which is something we never thought we’d see five years ago. Definitely, the main streets have been hit hard and these projects should re-energise Edgeworthstown and we’re looking forward to getting it over the line,” he concluded.

Also read: Edgeworthstown regeneration plans to be stepped up