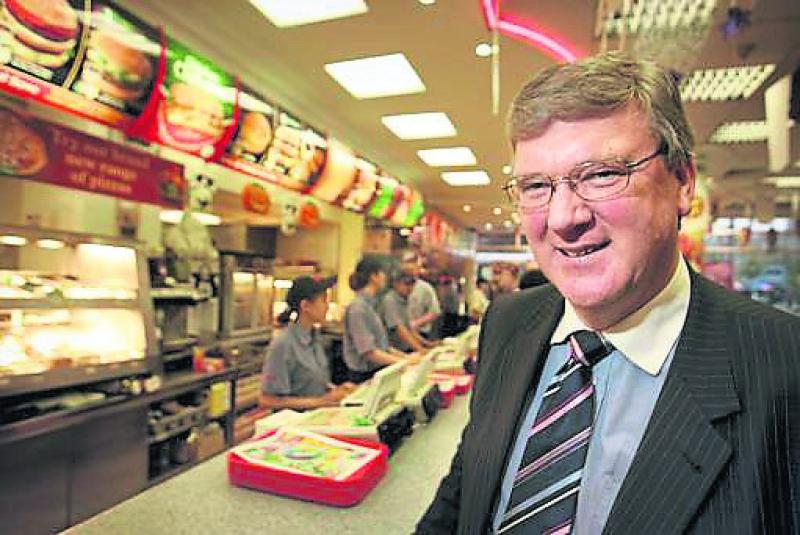 Supermacs founder Pat McDonagh has pledged to add a four star hotel to his plans to construct a major plaza style service station in Longford.

Supermac's boss Pat McDonagh has pledged to add a 100 bedroom hotel to his proposed Obama style plaza in Longford town after planning approval for its development was given the green light.

Mr McDonagh, himself, said he was oblivious to the news when contacted early this morning, preferring instead to refrain from commenting until he had received official notification over the news.

The Galwegian later made contact with the Leader to express his delight over the decision before going on to outline his future intentions to develop a four star hotel as part of the project's second phase.

"I have to say I am delighted with the news," he said.

"It's a positive step forward and will allow us to develop the site further down the road for a hotel."

Mr McDonagh, who only last week, announced plans to create 200 additional jobs at three additional Supermac’s outlets, said any plans for a new hotel would come with all the trappings associated with a four star development of its type including leisure centre and conference facilities.

He also reaffirmed the new plaza would create 80 full time jobs when fully operational with anything up to 120 construction jobs at peak development stage.

"This is a first step," he said, in reference to planning approval being sanctioned.

"We have a plan in mind for the whole site. What it shows is the potential that Longford and other county towns around the country clearly have.

"Dublin has become over-saturated which means rural towns have the chance to benefit and with the likes of Center Parcs opening soon, it's time now for Longford to take centre stage."