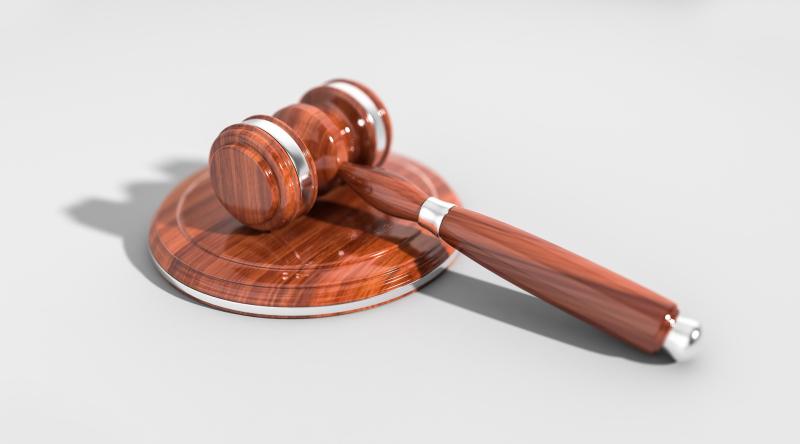 A man who was found not guilty of careless driving causing the death of a north Longford teenager in a fatal road crash over two years ago has said he will never get over the tragedy.

A man who was found not guilty of careless driving causing the death of a north Longford teenager in a fatal road crash over two years ago has said he will never get over the tragedy.

Jamie O’Reilly, Cartrongar, Drumlish, Co Longford fought back tears last Friday as he delivered an emotionally charged address from the witness box as he reflected on an incident on July 17 2016.

That incident on the main N4 between Newtownforbes and Rooskey ultimately claimed the life of 18-year-old Sligo IT student Joseph Reynolds, Garvary, Moyne, Co Longford.

Mr O’Reilly had been in the process of exiting a field at Cloonart South, Bornacoola, at around 11:30pm after having mowed around 65 acres of grassland earlier that day.

As he did so, the local transport manager’s view to his right was obscured by hedging, causing him to edge out slowly onto the main road.

During his direct evidence to the court, Mr O’Reilly said after looking both ways, he suddenly spotted a black Toyota Starlet car heading towards him.

Despite his best attempts to reverse and avoid a collision, the car struck the front wheel of the tractor and its front counterweight block, causing it to spin around and face the opposite direction.

Mr O’Reilly had claimed the driver of the car, Liam Doherty, had told him he had been travelling at 120km/hr at the time of impact, an assertion the latter insisted he had no recollection of.

He was though, found guilty by a majority verdict of careless driving, an offence which carries a maximum fine of up to €5,000 as well as five penalty points.

Mr O’Reilly, who took the witness stand to express his deep remorse at the tragedy said he felt “terrible” for what the Reynolds family “had to go through”.

He said: “I am really sorry for what happened on the night,” adding the support he had received from all quarters in the two and a half years since the accident would never be forgotten.

His defence counsel John Shortt SC, added further weight to the tone of Mr O’Reilly’s address, saying he had never come across such magnanimity and genuineness from a client to an incident which had been extremely taxing and distressing for all parties.

In his summation to the court Judge Keenan Johnston said there was no denying the State’s decision to prosecute Mr O’Reilly on the grounds a flashing amber beacon was absent from the tractor played a significant role in causing the accident.

However, he also said there was an onus both on Mr O’Reilly and the tractor’s owner, John Manning to ensure the vehicle was fitted with a flashing beacon despite it having been pulled from its roof by a branch some 24 hours beforehand.

“The law is clear that the owner and user of the tractor on a public road are each obliged to ensure that it is fitted with a flashing beacon,” he said.

“Accordingly, culpability for the absence of the flashing beacon must rest with both Mr Manning and Mr O’Reilly and arguably more so with Mr Manning as he had an obligation to provide Mr O’Reilly with safe, roadworthy equipment.”

He was conscious nonetheless to state that Mr Manning had been prosecuted in the District Court in relation to the events of July 17 2016 but that the case had been dismissed on a technicality.

The judge was just as candid in his questioning of certain aspects of the Garda and forensic investigation which followed.

He said Mr Doherty should he been re-interviewed when Mr O’Reilly alleged the former had told him he had been travelling at 120km/hr at the time of the crash, describing it as both “prudent” and “appropriate” in the court’s view.

“The court is also at a loss to understand why a more detailed investigation did not take place into the way Mr O’Reilly exited the field,” stating the dimensions of the tractor and mower’s eight to ten metre length was a further significant factor.

“The reality is that if such a long vehicle is to exit safely onto a national primary route, particularly where the view of the driver is impeded by hedging as was the case here, then Mr O’Reilly should have been provided with a helper who would have been in a position to check for traffic on the road and to ensure it was safe to exit.”

He said there was no denying a “more thorough investigation” of such a scenario should have been undertaken by forensic collision investigators in light of no evidence being provided to support the allegations of speed that were levelled against Mr Doherty.

Despite terming a subsequent forensic collision report as being professionally produced, the Judge said it was “regrettable” and “difficult to see” how its findings were arrived at without the memos of interview from Mr O’Reilly, Mr Manning and Mr Doherty having been considered.

That said, he stressed those shortcomings would not have significantly influenced or altered the final outcome of the proceedings before the court.

In describing Mr O’Reilly as an extremely diligent and hard-working young man, Judge Johnston said the importance of having a flashing amber beacon in place on agricultural vehicles when exiting onto main roads as well as the driver having a second person to assist in making a safe exit onto public carriageways could not be emphasised enough.

“I sincerely hope that out of deference to the memory of Joseph Reynolds, these lessons are learnt and, if so, they will be a fitting tribute to him and something which his family, although devastated by his untimely death, can ultimately take some consolation from,” he added.

Having sat through and heard five days of evidence, Judge Johnston said it was abundantly clear all of the parties caught up in the tragedy hailed from decent, law-abiding and hard-working backgrounds.

“It is, following the jury’s verdict a case of bad things happening to good people,” he said.

“I want to commend all parties for their dignity and restraint during the course of these highly emotive and difficult proceedings.

“The magnanimity and generosity of spirit shown by the Reynolds family is a fitting tribute to the memory of Joseph and something of which each of them can be justifiably proud.”