Longford Weather Alert: Possible return of the 'Beast from the East'? 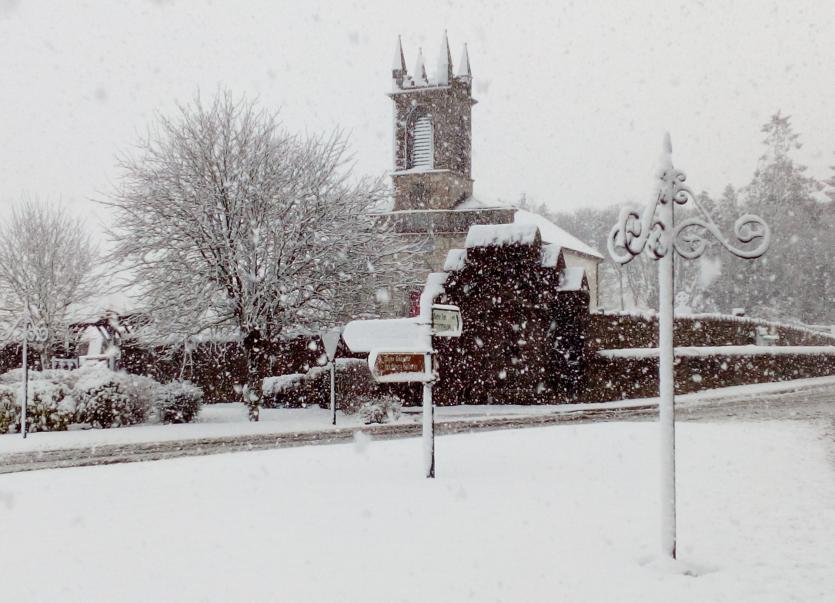 Snow is looking increasingly likely in the second half of the winter, according to Midland Weather Channel's Cathal Nolan, who has been keeping an eye on severe weather conditions in Europe.

Mr Nolan posted an update on his Midland Weather Channel Facebook page saying that the effects of "a strong sudden stratospheric warming event" is likely to provide "a change in patterns that could result in outbreaks of much colder easterly air flows and increased snowfall".

"Meanwhile in Austria and in much of Central Europe record snowfall has already be recorded," said Mr Nolan, posting the video of snowfall in the Austrian Alps below.

Speaking on Midlands 103 yesterday morning, Mr Nolan confirmed that we're about to see a drop in temperatures, after a considerably mild start to the year.

"The picture this week is that we are likely to experience a change, certainly towards the mid-week period and on to the weekend," he said.

"We do see a transition towards much cooler conditions as to what we would have expected over the past while - certainly over the past number of weeks even, we've seen temperatures pretty much above average for the time of year, typically between about nine to twelve degrees celcius.

"That is set to change, particularly as we go through Wednesday onwards. We are likely to see temperatures fall back towards around average for the time of year - typically between about five to seven degrees celcius."

Yesterday, on his Facebook page, Mr Nolan commented on the amount of speculation over the past couple of weeks regarding "an imminent return to Siberian-like conditions in the same vain as those experienced during the infamous Storm Emma last winter".

"The short answer is that in all likelihood our weather is likely to become much colder during the second half of January and into February. The main culprit behind this transition is the development of a Sudden Stratospheric Warming event which has occurred over the past ten days or so, fuelling the speculation about such a prolonged cold snap," he said.

"Sudden Stratospheric Warming events essentially change the flow of winds in the highest levels of the atmosphere before gradually this change from westerly to easterly winds becomes established through all levels of the atmosphere, resulting in very cold air from and already frigid continent and Siberia being drawn westwards across Ireland."

At present, he added, it looks as though our winds will remain predominantly from a northwesterly direction over the coming week, resulting in lower temperatures and nighttime frosts, though snow won’t be an issue.

Also read: Could this winter be Longford's coldest yet?

"It’s not until later in the month and through February that the risk of a more prolonged and severe cold spell becomes established, leading to a risk of some heavy snow and disruption.

"Given that this particular scenario is still some weeks away it’s almost impossible to quantify how severe such an event would be, however during similar events it’s the east and Midlands which typically bear the brunt of the snowfall and freezing temperatures, with perhaps the best example of such an event occurring was the winter of 2010.

"My advice would be to stay tuned over the coming week for further updates on this developing story in the weather world, changes are likely and as always I’ll do my upmost to be the first to let you know of any potentially disruptive winter weather on the horizon."

Also read: Caregiver honoured for heroic efforts during ‘Beast from the East’