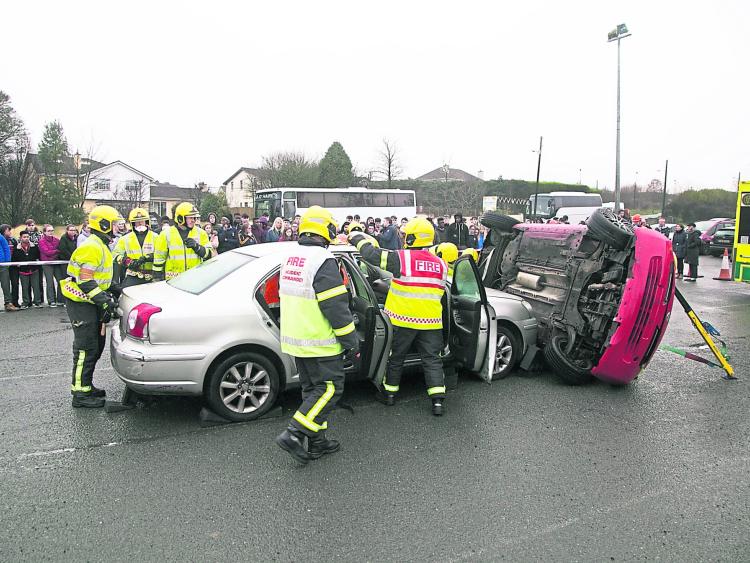 This is the second year the AXA Roadsafe Roadshow has come to Longford.

The AXA Roadsafe Roadshow is aimed primarily at Transition Year students in Secondary Schools and is based on an award-winning format and depicts graphically how a night out, can end in tragedy.

The show culminated in a presentation by a Peter Reynolds who tragically lost his brother Joe in a road traffic collision in 2016 after the car he was a front seat passenger in crashed into a tractor.

Joseph was 18 years old at the time and Peter told the students about the raw grief he and his family have had to suffer since that terrible day.

This year, 138 people have lost their lives on our roads to date and, while this is a reduction of nine fatalities for this time last year, every road death is one too many.