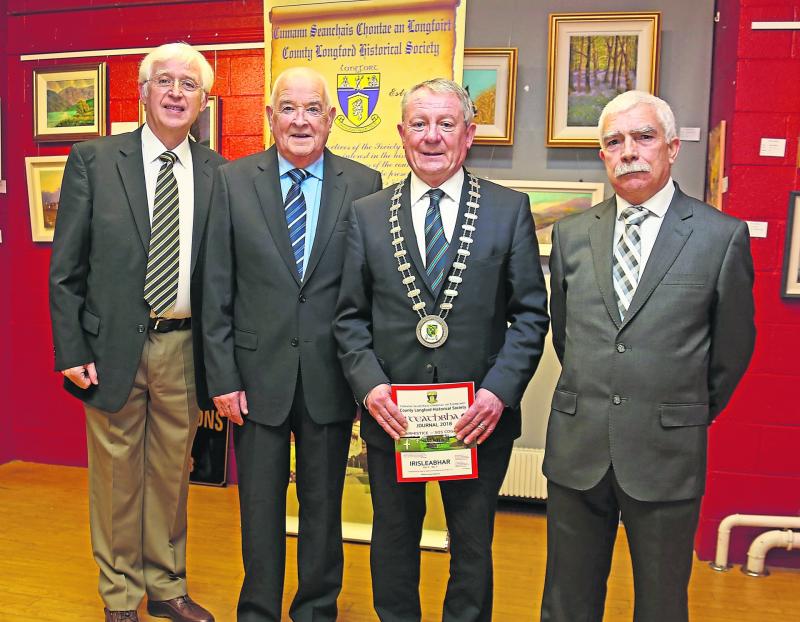 The 2018 edition of Teathbha, the Journal of County Longford Historical Society, was launched at a well-attended event in Longford Library on Thursday evening.

Many of the contributors joined other society members to celebrate what is the fourth edition in a row and ninth so far for editor, James MacNerney.

Denis Glennon, local historian and author, performed the launch and provided a very comprehensive introduction to the publication.

He spoke of the themes addressed in it, including townland and parish communities; Longford people who served in, or were victims of, war; emigration and some emigrants who achieved distinction in their adopted homes; and aspects of rural life, to name some.

Cllr Seamus Butler, Cathaoirleach of Longford Municipal District, spoke of the importance of local history and of the valuable work being done by the historical society.

Speakers warmly congratulated James MacNerney for his meticulous work as editor and Chairman; Hugh Farrell thanked him on the society’s behalf.

In his own contribution, James thanked the contributors and noted the quality of scholarship that Longford has. He also thanked Keith Millar for his work on the design and layout, and Turners for their professional printing.

In reflecting on the historical society’s work, James referred to one of its cherished goals, which has yet to be achieved: a County Museum for Longford.

He spoke of the opportunity that now exists as plans develop for Connolly Barracks and the surrounding Camlin Quarter, and hoped that funding would soon be available.

Copies of Teathbha are on sale in several outlets in the county and, at €12 each, are a bargain.