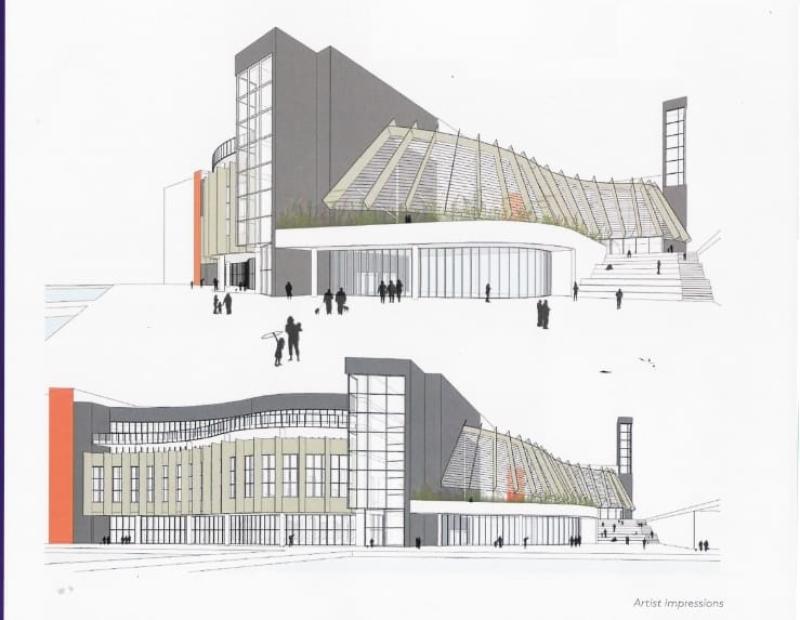 An artist's impression of the Riverside Shopping Centre

Cinema giant's have stepped up their plans to redevelop Longford town's vacant shopping centre by setting in motion a second planning application to establish a multi million euro retail and entertainment complex.

An initial plan to fit out and furnish a new six screen cinema on the first floor of the vacant centre was approved by Longford Co Council and is currently with An Bord Pleanala following an appeal.

“The second application gets into the real meat of the development and provides for the demolition of the existing cinema and the creation of a new urban space at river walk level.

It will connect to Bridge St and also steps up to a new glazed atrium entrance for the centre.”

According to the Fianna Fáil Longford general election candidate, the project will put the focus firmly on the River Camlin and is arguably the first time that a major commercial development focuses on the potential of the waterway.

He said: “This is something that has been done with great success in Limerick and closer to home, Carrick on Shannon.”

In addition, the plan provides for a new small retail / cafe area at river walkway level and then two new retail units at the upper level of the new urban space.

“The application is timely and will give added momentum to the successful Camlin Quarter consultation period which began last week and feeds into a plan for the Lower Main St / Connolly Barracks / Gt Water St area.

"That draft plan will be available early new year.

"The Omniplex project is the type of private sector investment and vision that will underpin the Camlin Quarter plans.”