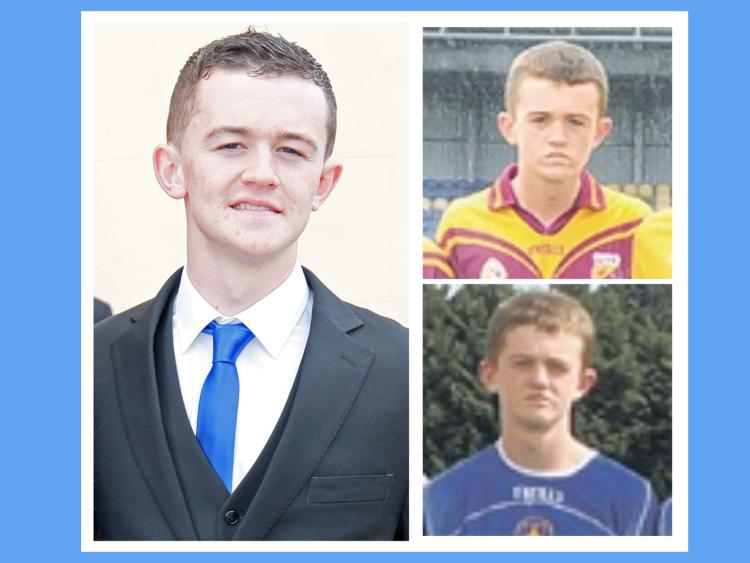 The late Danny McGee. Top right in the Fr Manning Gaels jersey and below right in his Kennedy Cup jersey when he captained the Longford & District Schoolboys League team.

The sudden and tragic death of 21-year-old Drumlish man Danny McGee in New York last week has been described as the “biggest tragedy to come to the county in a very long time.”

They were the emotions put forward by local councillor and family friend Martin Mulleady as he led tributes to his former Fr Manning Gaels clubmate at a Longford County Council budget meeting on Monday.

Cllr Mulleady requested a 'suspension to standing orders' or the order of council business to address the topic.

“It’s a massive tragedy to Drumlish, to Longford and to Ireland for that matter to see a young man’s life taken and the circumstances in which it was taken,” he said.

Cllr Mulleady said it was Danny’s warm and obliging temperament which had marked him out as a man of inimitable distinction.

“Danny was the nicest young lad I have ever met,” he said, while revealing he had in the past frequented his company during previous visits to the Big Apple.

In making reference to the equally tragic circumstances surrounding the passing of another Fr Manning Gael’s player, Brian Collum in 2014, the former County Cathaoirleach said there was no denying the enormity of the past three to four days.

“The news that came to Drumlish on Thursday morning was absolutely shocking,” he said.

“It’s probably the biggest tragedy to come to Drumlish and Longford in a very long time.”

Cathaoirleach Cllr Luie McEntire empathised with those emotions as he told of how he lost a brother of his own at 24-years-old.

Describing the McGee family as “salt of the earth, lovely, hardworking people,” Cllr McEntire said words were of cold comfort at times of such unspeakable tragedy.

Fine Gael group leader Cllr Micheal Carrigy likewise passed on his condolences while Cllr Joe Flaherty asked for the minute’s silence to also be observed in memory of another Longford ex-pat, David O’Brien.