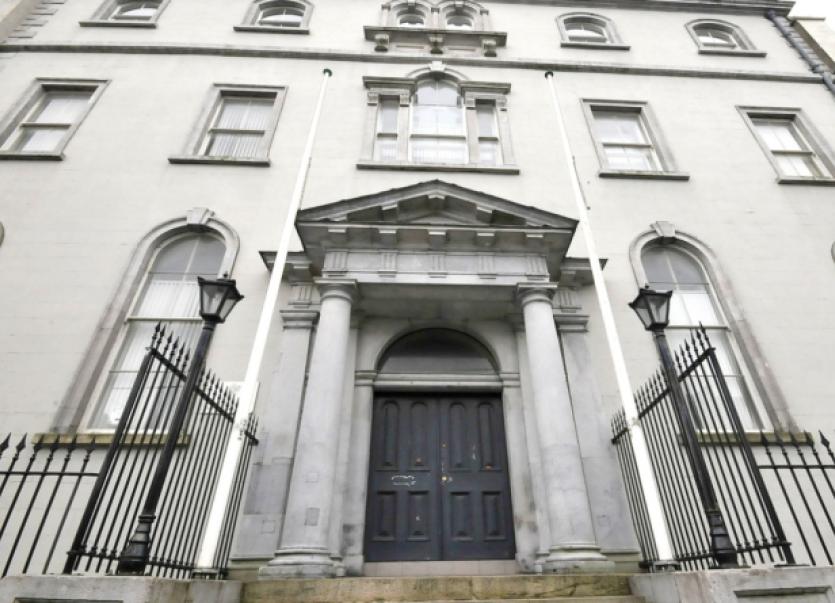 Judge describes defence in case before him as “revolting”

A man who appeared before last week’s sitting of Longford District Court charged under the Road Traffic Act was sentenced to five months in prison and disqualified from driving for seven years following a lengthy hearing into the matter.

Keith McLoughlin (25), Keenagh, Longford appeared before Judge Seamus Hughes charged with driving with no insurance at The Pigeons, Athlone, Co Westmeath on July 8, 2017.

He was also further charged with driving a defective motor bike and driving without a licence on the same date.

Outlining the evidence to the court, Garda Treacey said that on the date in question he was attending the scene of a road traffic accident in which a motorcyclist died in the area.

“There were three motorcycles travelling together at the time of the accident and one of the bikers died in the accident,” the Garda added.
“When I arrived at the scene, the defendant didn’t make himself known to me and his bike had been removed from the scene as well.”

The Garda went on to tell the court that during the course of his investigation he became aware that the defendant had been driving his motorcycle on the day of the accident.

“I questioned Mr McLoughlin and he admitted to driving the bike in the location of the accident,” continued Garda Treacey.

“The following Thursday his father produced a motorcycle and when it was tested a number of defects were found.

“While Mr McLoughlin also undertook to produce his documents at Ballymahon Garda Station, he said to me at the time, ‘It’s not going to happen, I haven’t got it’.

“No insurance or driving licence has ever been produced.”

Under cross examination by the defendant’s solicitor John Quinn, it was put to Garda Treacey that his client’s motorbike “had nothing to do with the accident”.

“Therefore what was the nature of your investigation?,” Mr Quinn asked.
Garda Treacey added, “This was a fatal accident and I was investigating that”.

Mr Quinn, meanwhile, then pointed to the cause of the accident and the knowledge now that a car had crossed over the path of the dead man’s motorcycle, subsequently giving reason as to why the accident happened in the first instance.

“Other witnesses told me that there were other motorcyclists with the deceased,” said Garda Treacey.

Mr Quinn then pointed out to the court that the motorcycle handed in by the defendant’s father had in fact been sold on to someone else.

“The bike was supposed to be produced on the Saturday, but it wasn’t produced until the Tuesday so therefore I can’t account for where it was during that time,” Garda Treacey told Judge Hughes.

The Judge, meanwhile said the case before him involved a tragic accident in which it was clear to him that the defendant had been present at.
“You say your friend had just been killed and yet you left the scene,” Judge Hughes said to Mr McLoughlin.

Mr Quinn then said his client had remained at the scene for at least an hour after the accident.

“Why didn’t Mr McLoughlin come forward to Garda Treacey and say, ‘I can help you; the dead man was my friend’,” queried the Judge.

He said that as a direct result of the accident at the Pigeons, six vehicles had been examined by him.

“The black Honda motorcycle had a number of defects including no rear brake pads, the horn wasn’t working, brake lights and indicators were not working and there was no speedometer or rev counter fitted,” added Garda O’Halloran.

“Mr McLoughlin would not have been able to tell how far he was going or the distance he had travelled as a result of those defects.

“There was also water leaking from the radiator and the combination of defects makes that motorcycle a dangerous vehicle.”

Meanwhile, in his direct evidence to the court, Mr McLoughlin said that on the date in question he and his two friends were en route to a motorcycle event when tragedy struck at the Pigeons area of Athlone.

“There was a lot of traffic coming from Athlone and turning right into the Pigeons that day,” he recalled.

“It took the Gardaí half an hour to come to the scene after my friend was killed; I stayed at the scene for a good hour and then I left and came home.

“I was finding it very difficult to look at my mate dead along the side of the road.”

Judge Hughes then asked Mr McLoughlin if he did not think that it would have been important for him to come forward to the Gardaí at the time and assist them with their inquiries.

“I was in shock,” added Mr McLoughlin.

“I rang my father and he came and collected me.

“He then arranged for my bike to be taken away.”

In relation to the defects that were put to him, the defendant said that as far as he was concerned “the bike was driving fine”.

“Ninety per cent of the time you use the front brakes on a bike,” continued Mr McLoughlin.

“I had the bike for months and actually had it sold to someone else at the time of the accident.”

Judge Hughes then asked the defendant why he had no insurance.
“I was disqualified from driving at the time,” said Mr McLoughlin.

In mitigation, Mr Quinn said that from his client’s point of view, he had been involved in a very traumatic incident.

“He feels there is an insinuation here that he did not help his friend who died and that is most certainly not the case at all,” Mr Quinn fumed.

“He stayed at the scene for an hour and in fact the deceased died in his arms.”

During his deliberations on the matter, Judge Hughes said that he found Mr McLoughlin’s defence to be aggravating given that it was the opinion of the court that he had done “absolutely nothing” to own up to his responsibilities on the day nor indeed to the subsequent charges he faced.

“I find him to have conducted himself in a most disgraceful way,” Judge Hughes fumed at Mr Quinn.

“He never identified himself to gardaí at the scene of the accident and then he got himself out of there.

“He admits now that he was disqualified from driving at the time and had no insurance.

“He was driving a defective vehicle and his bike was taken away from the scene meaning the Gardaí couldn’t get it.”

Judges Hughes then confirmed that he was sending the defendant to prison for being a disqualified driver who still chose to drive.

“You have conducted your case in a most disgraceful way Mr Quinn,” the Judge told the solicitor.

“You, Mr McLoughlin are a young man and I find the nature of your defence revolting.”

Judge Hughes subsequently handed down the prison sentence and imposed the disqualification with immediate effect before bringing matters to a conclusion. Mr McLoughlin is currently appealing the decision.