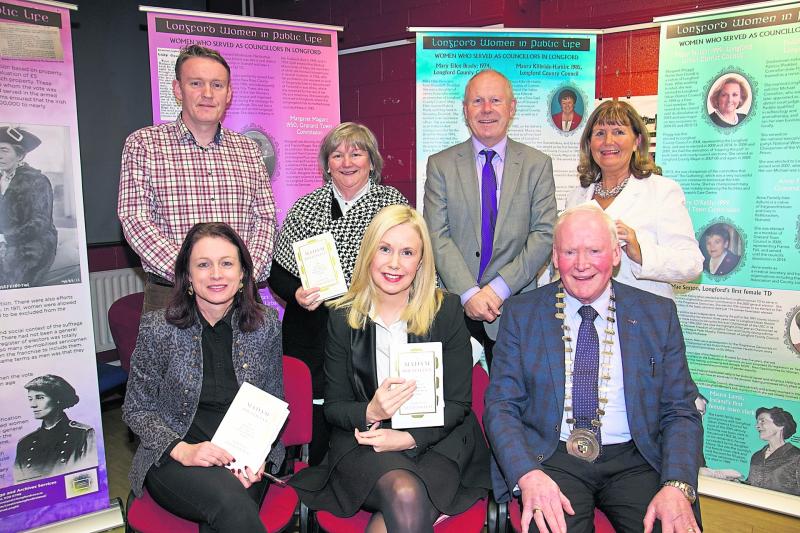 Ms Fitzgerald, who enjoys a high profile career as political correspondent with RTE, said it was that very role and her work in Leinster House which provided her with the inspiration to pen the publication.

The book, meanwhile, examines the role played by women in national politics over the past 100 years and provides some interesting insights into how hard it was for them to break through the party system and get the nomination to stand for election.

“Most of the first women TDs elected to the Dáil were the widows, daughters or relatives of deceased male TD members,” she says within the pages.

Meanwhile, on Monday night the author told those gathered that 2016 saw 35 women enter Leinster House and how this was a record breaker for women’s public participation at that level.

“Yet it is very low by international standards,” she continued, before pointing out that as a female journalist herself it was also interesting to note that in a photograph taken of all the journalists working in Leinster House back in 2006, she discovered just three women staring back at her.

Ms Fitzgerald says too that in 1919 when Countess Markievicz was elected to Dáil Eireann she was one of the first female cabinet ministers to be appointed worldwide.

“Remarkably,” added the author, “it took a further 60 years before another woman was elected to the cabinet.”

Those gathered at Longford Library heard that woman was Maire Geoghegan Quinn, and of how she became Minister for the Gaeltacht in 1979.

“When Maire Geoghegan Quinn went into Charlie Haughey and he presented her with this historic moment, she said, ‘do you think I will be able?’ - she regrets saying that to this day,” Ms Fitzgerald continued.

“I think that actually represents the many insecurities that women feel in terms of public life or going forward.

“It is also worth remembering that in those days Maire Geoghegan Quinn was the sole woman around the cabinet table.

“Men overwhelming dominated then, but thankfully today, we have a record breaking number - we have four women!!

“Who knows what the future will hold but I wanted to go back and talk to all the surviving female ministers and find out their challenges, their stories and how they got to the top table of Irish political life.”

‘Madam Politician’ is available in all good bookstores and costs just €16.99.

It is worth the indulgence!